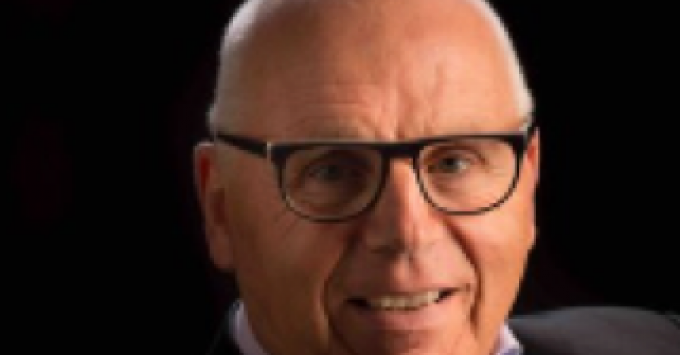 I have had the pleasure of talking to veteran freight forwarder Steve Walker (pictured above), trying to catch up from where we left it last summer on the hot topic of data treatment, ownership and disclosure for the main supply chain players, with a particular focus on the conflict between the air and ocean freight forwarders and the carriers.

Some six months on, here is an excerpt of a few key topics we discussed.

Thanks for joining us this week, Steve. In one of your recent comments, you expanded on a fascinating concept: “The C’s”. Which summed up pretty well some of the dynamics and risks involved in the supply chain. Can you elaborate a bit about what the “The C’s” really mean and the implications, please?

To give you some context, I was directed to a Linkedin article by Splash 24/7, where CMA CGM and its forwarding arm Ceva Logistics were, and I am paraphrasing, offering a new consulting service, using their considerable shipping database to offer new business contacts to their customers.

I argued that the “three C’s” – CMA CGM and Ceva – have apparently disregarded a fourth “C” – using Confidential data they have amassed, with apparently no regard for a fifth ‘C’, Compliance, to give a sixth ‘C’, Customer’s data, out into the market for their own seventh ‘C’: Commercial benefits.

Hopefully we will get a further ‘C’: Clarification.

I have not seen a response, nor consideration of where this fits with GDPR regulations. I cannot believe a respected carrier would sanction what appears to be a flawed business case. In light of no response, what can one think of this offering, and the trustworthiness that carrier blockchain promises?

Here is where we left it in mid-July last year: “who is going to represent forwarders’ interests in carriers’ blockchain plans?”. What has changed since, if anything? Tell us more about the background story, please.

Things do not move as fast in discussions as it does in data movement!

There are finally ongoing discussions with several groups to bring together an offering that will have an interest to protect the forwarders’ interests. We all see the threats of the carriers and Amazon, and the latter could have a more profound effect by taking away our distributing accounts, as it absorbs this into its own model.

What of those forwarders who specialise in e-commerce, then? They are particularly vulnerable as the Amazon business model into logistics grows. The disruptors are not disrupting, instead in many cases they have as much to lose. They should now try to become service enhancers to the forwarders. We need a robust, fit-for-purpose lobbying group for forwarding, indeed to be part of the political debate where US Democratic nominee Elizabeth Warren was calling for a break-up of these too powerful, worldwide companies, including Amazon.

Who in forwarding is supporting these calls? Or are we waiting to see the fall-out to decide our position?

It’s the same mantra from me: I hope forwarders do not offer up data – the key to a forwarding future – to our carrier competitors. Rather we work on what I describe as Horizontal Collaboration within our forwarding sector where we can form new alliances to protect our business. But horizontal collaboration goes against decades of competitiveness.

However if carriers can collaborate, have private meetings forming data cartels and potentially have more data than individual, even collective governments, is it inconceivable forwarders and the multiple freight associations could work together within our sector? Can we avoid the constant worry of anti-trust issues by recording all meetings with legal advice on hand? These are key questions.

APMM CEO Skou has recently tuned down the message to the marketplace, telling The Financial Times last month that Maersk didn’t want “to gain too much forwarding business (…) as that was often its customers’ business”. Your take on this?

I think it is trying to calm an unhappy forwarder customer base. I believe the sales approach is actually subtly changing.

We are hearing of direct approaches by blockchain offerings, owned by steamship lines, not threatening the forwarders’ position in the chain, but by having a direct debate with the freight-paying owner of guaranteed slots, which the forwarder can use in return for data support.

In this case you could would have a shipper instructing the forwarder where the cargo is to be placed, the relationship becomes three-way and the steamship lines have not undermined the forwarder. So seeing as Maersk has tuned down the message, I think we just watch for the next approach, as Tradelens tries to start discussions with freight associations.

What’ s FIATA doing to proatively support the freight forwarders? How serious are they looking into data management/ownership and the resulting revenue streams?  It is frustrating watching the carriers’ posturing and then offering a reaction. Why can’t the forwarding associations offer leadership aimed at creating their own future?

I don’t know how long it will take the associations to respond to robustly protect their members’ future.

I am constantly told to be patient, and six months on from my original questioning, one thing is crystal clear to me. I have spoken to many fully committed forwarders who are part of various sub-committees and recognise everything I have offered in speeches and articles.

I wrote a Linkedin article on the future of freight ownership, which I thought reflected the clandestine subtle data encroachment towards owning customers as against our traditional freight paying valuation, and I had a few hundred readers. I put up a photo of Liverpool’s league position and received thousands of responses.

Anything else we should be aware of?

I am looking forward to speaking next month to the BIFA Young Forwarders Association on a 45-year career, reflecting the innovation of the past, the present opportunities with the current threats and the future, where technology and our people skills form the unbeatable bond to secure our industries’ future.