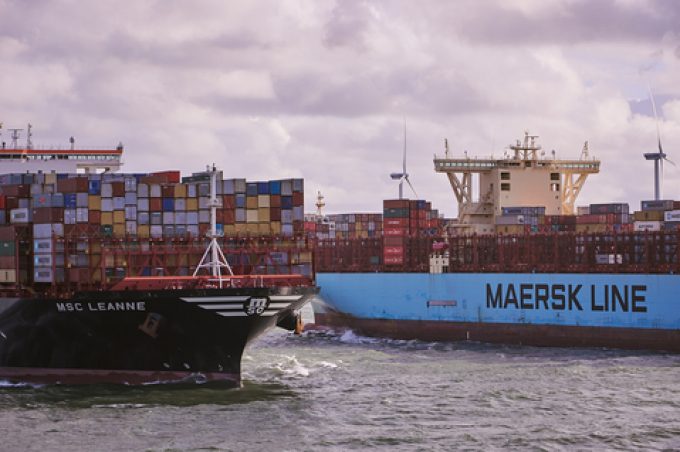 Maersk said today it would be taking capacity out of its Asia-North Europe service, following the suspension of two of its transpacific loops at the end of last month.

“As a consequence of the forecasted reductions in global demand, Maersk is looking to balance the network accordingly,” said a customer advisory.

Maersk said the first vessel affected would be the 16,652 teu MSC Hamburg that would have sailed from Ningbo on 26 October on the 2M’s AE1/Shogun loop, which calls at Ningbo, Xiamen and Yantian in China, Tanjung Pelepas, Malaysia, and Zeebrugge, Rotterdam and Bremerhaven in Europe.

According to eeSea data, the loop deploys 11 vessels with an average capacity of 15,414 teu on a 77-day round trip.

Maersk said its “overall goal remains to provide our customers with predictability and to ensure minimal disruption to their supply chains by supplying alternative routings and coverage for the affected vessel positions”.

Meanwhile, Maersk’s 2M partner, MSC, advised yesterday that the sailing of its MSC Hamburg was simply being blanked, suggesting that the service will resume a week later.

But the extent of the bookings collapse, particularly from China, means the three vessel-sharing east-west alliances have little choice but to rationalise services to avoid spot and short-term contract rates plunging further, negatively impacting their ‘bread and butter’ long-term contracts.

“It’s the worst outlook I’ve seen since the start of the pandemic, when we were looking at a 25% drop in demand,” he said.

He added that bookings to the UK were “especially down” in the coming weeks, but hoped this was “just a blip”. He said: “It is always slack after the Chinese Golden Week holiday, but this year could be one of the worst.”

And Maersk suggested in its advisory that the current capacity adjustments would be “ongoing”, adding that it wanted to “make sure customer impact is minimised by rebooking cargo to the remaining network in advance”.

It added: “We will of course communicate any further changes with you as soon as possible.”

Nevertheless, carriers deciding to cut big chunks of capacity to underpin short-term rates will need to be careful not to fall foul of the minimum service levels agreed in their long-term contracts with shippers, especially as these are considerably more lucrative than they were before the pandemic.