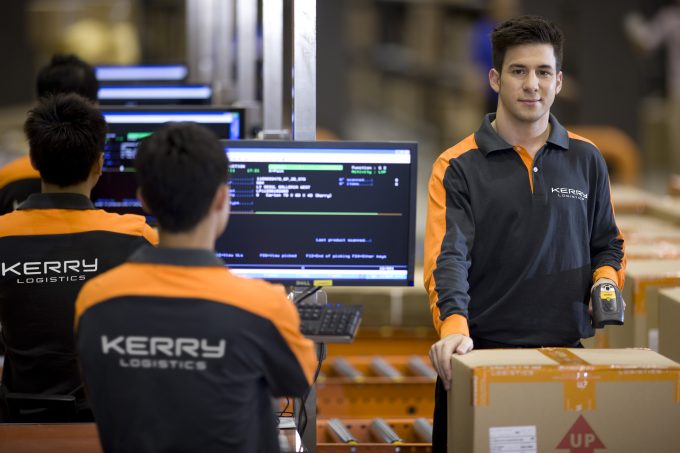 Hong Kong’s Kerry Logistics has announced plans to capitalise on ASEAN trade growth by expanding operations in Thailand and Myanmar, as well as acquiring a US freight forwarder in the next couple of months.

The Asia freight forwarding specialist, which is diversifying into terminal management, has begun construction on its Phase 4 expansion at Kerry Siam Seaport (KSSP) in Laem Chabang, the gateway to Bangkok.

The project will double the number of berths at the terminal to 20 and extend the quay from 1.5km to 2.8km. Construction is expected to be completed by 2019.

William Ma, Kerry’s group managing director said: “The expansion is a strategic achievement for Kerry Logistics to enhance our connectivity and exposure within the region.

“As Asia’s largest, multipurpose deepsea port terminal, KSSP is undoubtedly a gateway to ASEAN, and this development will enable us to capture the growth potential brought by boosting trade among ASEAN countries and to support the cargo growth in the Greater Mekong region.”

The development comes amid a wave of investments into Thailand’s logistics infrastructure. Improvements to rail and road connectivity, combined with the formation of the ASEAN Economic Community last December, is helping shape the nation’s logistics landscape.

New analysis by Frost & Sullivan shows Thailand’s logistics industry earned revenues of $71.7bn in 2014, and it estimates this figure will reach $96.5bn in 2019.

“[The Thai] government plans to position Thailand as the trade and service hub of the Greater Mekong sub-region and as the gateway to Asia, opening up opportunities in the logistics and transport industry,” said Frost & Sullivan consultant Jeff Tan.

He added: “Thailand’s road transport plays a key role in connecting the landlocked countries of Indochina.”

Meanwhile, despite KART adding Myanmar to its road network in the last quarter of 2015, the country’s freight strategy appears to be favouring rail. Lacking many roads suitable for trucking, Myanmar plans to containerise its railway networks to enhance freight movements with China and Thailand, its key trading partners.

Kerry Logistics recently announced it had won concessions to operate two dry ports in Myanmar, one in each of the main commercial hubs – Yangon in the south and Mandalay in the north. The inland ports will facilitate rail networks across Myanmar by performing customs checks and transhipment services.

As well as moving cargo to and from industrial zones on the Thai and Chinese borders, rail freight will flow down to Yangon and Thilawa ports in the south.

Kerry Logistics chairman George Yeo said: “Rail transport is an essential backbone supporting Myanmar’s economic development, both within the country and with nearby regions.

“Given Kerry Logistics’ presence in ASEAN, our goal is to further strengthen the linkage among countries in the region and seek accelerated growth by developing an integrated Greater Mekong Region platform covering Thailand, Cambodia, Myanmar and Laos. The inland ports in Yangon and Mandalay form a vital part in pursuing such an integration.”

Outside its core ASEAN market, Kerry Logistics plans to strengthen its international capabilities by acquiring an as-yet-unnamed US freight forwarder. The company announced its plans on Monday to the Jefferies investment group, according to The Wall Street Journal.