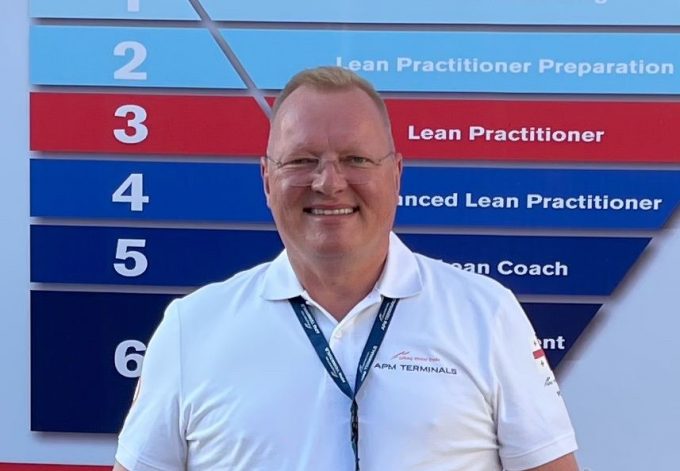 APM Terminals has appointed Keld Mosgaard Christensen (above) to replace Mark Hardiman as chief executive of the Port of Salalah on 1 September.

Mr Hardiman has held the post for four years and “has decided to move closer to his family and step down as CEO”, but will continue in an advisory role during the transition period, and is expected to remain with the company.

He joined AP Moller-Maersk in 1997, and later worked outside the company for several years for ISS A/S and for the Danish foreign service as Consul General in Istanbul, before he moved to Poti in 2019.

“During his time in Poti, Keld delivered impressive efficiency and standardisation improvements together with the team, while also gaining valuable experience in running a multi-operational port. This will be crucial for his role as CEO of the Port of Salalah, which also operates both the container and general cargo facilities,” Lars Mikael Jensen, head of hubs and collaboration at APM Terminals, said.

“I would like to thank Mark for his excellent management of the Salalah terminal, which has grown even more central to the APM Terminals portfolio and the Maersk Ocean network during his tenure,” he added.