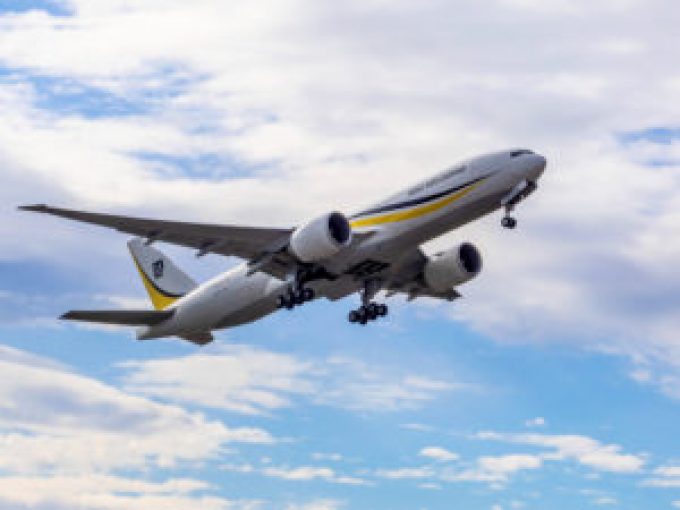 Two of the three new shipping line airlines are flying to Incheon, home to South Korea’s largest airport and second largest port, in a move which could lead to sea-air operations.

MSC began twice weekly services on its Atlas Air-operated 777F on 1 January on a route that, in the past week, has also included Amsterdam, Indianapolis, Liege, Mexico City, Xiamen, and Cincinnati.

The airline, which has effectively outsourced its operations to Atlas Air, has three more 777Fs arriving, although the dates have not yet been confirmed.

Maersk too is flying between Incheon and Greenville Spartanburg on a 767 operated by Amerijet, the first of three to start flying for the shipping line.

He added: “We will continue to strengthen Incheon’s competitiveness in air logistics by developing new cargo terminals and attracting investment, while maintaining its second place ranking in international cargo traffic volume through expansion of logistics infrastructure and networks.”

Meanwhile Maersk Air Cargo, which is now based at Billund Airport, received permission on 20 December to transfer its US flight rights from Star Air. It will also fully integrate German forwarder Senator’s operations next month, when the Senator name will disappear.

MD of Senator, and now head of north Europe for Maersk, Jens-Ole Krenzien told DVZ Senator had some 7,000 to 8,000 tons of freight a month and 19 weekly departures from Frankfurt and Amsterdam which had been operated by Magma Aviation. Senator’s major customers, including BMW, had stayed with Maersk – as had the top executives at Senator, so customers should see little change, he added.

CMA CGM  has not signed up to Incheon – yet. After some confusion last year over its US routes, it is now operating between Paris and Chicago O Hare with an A330-200F. Two of its aircraft are flying under Qatar Airways flight codes, one between Brussels and Doha, and one taking in several other European destinations including Luxembourg, Zaragoza and Budapest.

One of its A330s, operated by Air Belgium, has been in Chateauroux since 4 January. Interestingly, although Air France said it would not begin marketing CMA’s flight operations until April, one A330F is flying under an Air France flight code, from Paris to Chicago and other European cities.

The shipping lines, which made billions during the Covid period, are now facing large-scale declines in demand and rates, while costs are rising fast. They are also facing significant rises in capacity after filling up orderbooks, while also trying to integrate the businesses they bought, as well as now running airlines.

CMA CGM’s Ceva Logistics said yesterday it had now taken over the Gefco brand, which CMA bought in July and which will now disappear from the market. Ceva has created a finished vehicle logistics organisation from Gefco’s operations and integrated its other sectors, such as contract logistics and ground transport into Ceva operations.

All is not well at CMA CGM Air Cargo

Great story from Eric Kulisch at Freightwaves, on CMA CGM Air Cargo pulling its own ...