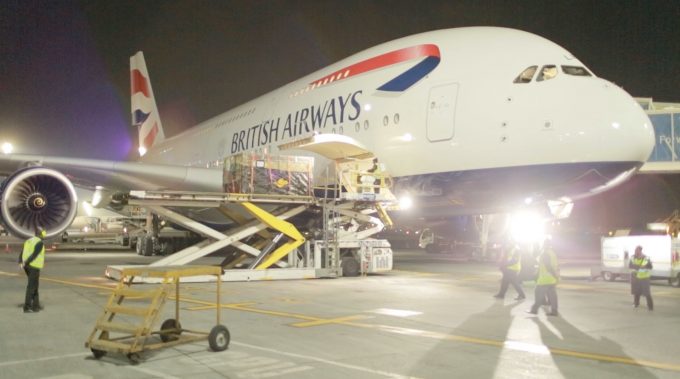 The revenue increase was far lower than that of its competitors.

IAG Cargo’s half-year revenues were €769m ($924,), up 25% on the previous year, and while higher than those of American Airlines, Air Canada and Delta, the North American majors all – including those which like United Cargo were quick to react to the pandemic – saw far greater rises, with United up 65%.

Its 32% decline in yields also seems below market average: for May, according to WorldACD, global yields were down year on year by just 14%.

However, IAG Cargo said the decline in yields reflected “the increase in market capacity, while sold-tonnes more than offset the decline and were up 56.2%”.

On further questioning, it added: “It’s a reflection of a different destination and product mix – IAG Cargo has opened a lot more routes and is doing a lot more flying into South America.”

One source close to the airline said he thought IAG Cargo would have enjoyed very high yields in the second quarter of 2020, adding: “My guess is that it really milked the PPE rush last year.

“It is now running fewer high-yield Chinese freighters, and is more reliant on other, lower-yield, destinations.”

Sources close to the carrier indicated earlier this year that IAG Cargo’s Q2 results could show decline, after it was essentially left “rudderless”, when chief executive Lynne Embleton moved to Aer Lingus, and there was an exodus of senior cargo managers last year.

Veteran David Shepherd rejoined IAG Cargo today as its managing director, ensuring experience is back in the business.

IAG Cargo also said that e-commerce had been a “major driver of activity in the quarter”, with fashion, electronics and sporting equipment. It added that it had seen a “very significant increase  – 95,000 bottles – in the movement of Italian wine into the US”.

It has increased operations to Latin America from Spain, with more frequencies to Sao Paulo and Mexico City, and relaunched services to Guayaquil and San Juan.

The airline’s website says it continues to operate passenger freighters and its cargo-only and charter products were “sought after” in the quarter.