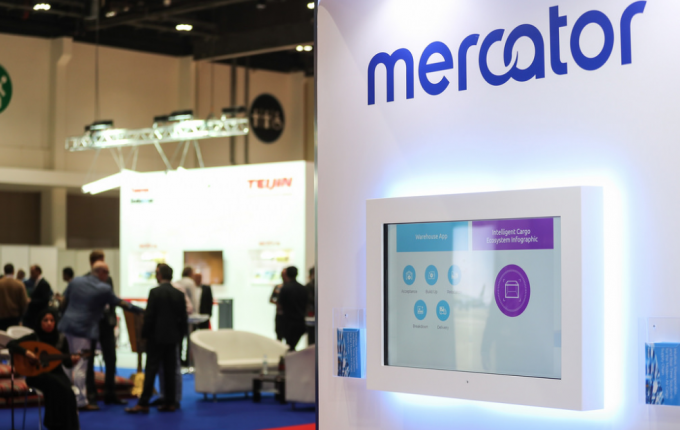 Fear of disruption is misplaced – as it is only innovation done by someone else.

So said Brendan McKittrick, chief technology officer of Mercator, an IT company which seems to be steaming back into the air cargo market in a big way.

Mercator itself is innovating, it says, keeping disrupters at bay. It was plugging its warehouse app at WCS last week, a clever device which is the first in a series of apps to be rolled out as part of its newly launched Intelligent Cargo Ecosystem.

It was developed with a “team of user-experience guys,” explained Mr McKittrick. “We re-imagined it and asked ‘is there a smarter way’?

“Technology is irrelevant, if it works. The question is, how do I progress by using it? Technology has been around for a long time – but what does it change for the user?

“Technology has to be for the customer. You need to keep drilling down.”

He added that his career had begun in cargo, and he had only just returned to it – “when I came back, I realised that not a lot had changed in 20 years”.

He believes disruption is only caused when there is a gap existing players fail to fill.

“The only reason Uber was successful is that the taxi industry hadn’t done it well. So if we don’t do it well, someone else will.”

Pointing to Amazon, he added: “Prime Air is now one of us – it is not a disrupter. It will bring the best of technology to bear.

“Amazon succeeded by having a very simple user experience. Prime Air will be hi-tech enabled. And it will increase the cargo it carries to include others, not just its own. It is building it up itself. Which suggests there are areas which are ripe for improvement.”

Michael Steen, chief commercial officer of Atlas Air – and provider of some Prime Air capacity – urged the air cargo industry to respond to the new players.

“I don’t see the industry responding to companies like Uber Freight – and it needs to. We need to ask: how can we disrupt ourselves? We should look at ourselves as enablers.”

“We are already being disrupted – look at our margins. We are in disruption mode. And look at the equity capital going in. It is happening.”

While much of the focus on equity coming into cargo has been on new technology companies in Silicon Valley, Mercator was this year acquired by private equity company Warburg Pincus – as was aviation passenger technology company Accelya. Yesterday, their owner announced a merger between the two.

Mr Johnston was yesterday named CEO of the merged entity.

Competition between a newly boosted Mercator and CHAMP is set to be fierce. But, said Mr McKittrick: “If a company comes up with something innovative, that’s a good thing. It creates a more competitive environment that gets the best out of all of us.”