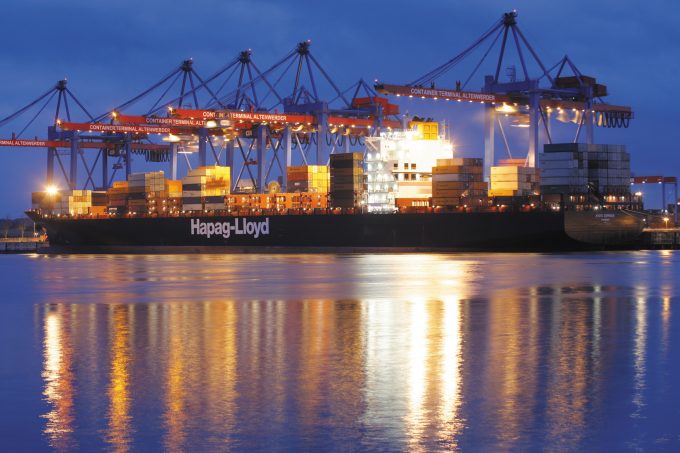 Ocean carriers, obliged to temporarily omit severely congested ports during the current supply chain disruptions, are rethinking their network coverage in favour of a permanent change to fewer hubs.

Hapag-Lloyd devoted a section of its Capital Markets Day yesterday to its aim of driving down its “complex” network costs, which would help it achieve a top-tier ranking for schedule reliability.

It said the complexity of its network had “grown historically” over years of trade evolvement and acquisitions.

“Some trades have a high number of services with long roundtrip voyages and overlaps between systems,” said the carrier.

In the past decade it has doubled in size, in terms of capacity – standing at 1.8m teu and ranked fifth – and has now reached a “turning point” in its development, according to CEO Rolf Habben Jansen.

“Size is not the name of the game any more,” he said. “It is obvious that customers expect more reliable supply chains, so our industry needs to change and invest more.

“At the same time, we know that people are prepared to pay for value. Delivering value to get the most attractive cargo on board is at the heart of our new ‘Strategy 2023’,” he said.

And he claimed this focus on improving schedule reliability would give Hapag-Lloyd a “strong differentiator from our competitors”.

With a 400,000 teu orderbook of ULCVs, the carrier said it would now review its network coverage to “focus on fewer and larger vessels” to “reduce network complexity to improve operational quality”.

It intends to focus on strategic hubs, but reduce the number served, as well as increase investment in key terminals – evidenced by the recent purchase of a 30% stake in Wilhelmshaven.

Hapag-Lloyd said it also intended to consolidate its “complex and costly” transhipment volumes at the hubs.

Nevertheless, the carrier’s progress in reducing the number of port calls across its network could be slower than it would like, as it is a member of an alliance and therefore needs to reach agreement with partners that all have individual commercial and operational aspirations.

A recent survey by Alphaliner revealed that THE Alliance’s Asia-North Europe vessels were the most delayed, taking an average of 36 extra days to complete their round-trips compared with a nine-day average delay by rival Ocean Alliance loops.

The consultant found that, whereas THEA ships were, on the whole, maintaining their scheduled port calls in North Europe, Ocean vessels were bypassing more ports in favour of hub spoke relays.

Meanwhile, Hapag-Lloyd saw its transport expenses soar by 16% in the first nine months of the year, compared with the same period of 2020, to $1.2bn. And, notwithstanding the element related to terminal and port costs, it has also identified significant savings to be gleaned from its “historically grown” network of container depots in some regions.