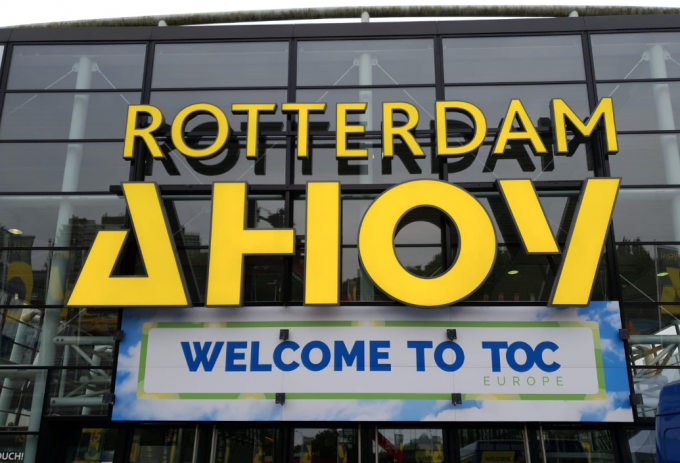 Two of Europe’s largest container gateways, Rotterdam and Hamburg, today revealed that they have been involved in ‘unprecedented levels of collaboration’.

Joyce Bliek, director of digital business solutions at Rotterdam, told delegates at the TOC Container Supply Chain event in Rotterdam: “In the last couple of months Hamburg and Rotterdam have shared port call data to try to optimise port calls of the shipping lines in the North Europe area.

“We are now at the stage of connecting systems, even though we are two competing ports. We needed to change the mindset.”

It is understood the initiative was based on a request from Maersk Line that the two ports sharing vessel movement and other port data could help the carrier improve the running of its vessels between the two ports – many of its major strings feature a call at both.

“We were pushed but were happy to oblige, and it has proved to be a really fruitful combination between ports and a major customer,” Ms Bliek added.

Both Rotterdam and Hamburg already had vessel optimisation programmes underway. Hamburg recently developed a new passage plan programme to advise vessels the best speed, course and approach to take from the mouth of Elbe to its facilities, and which was developed as a response to the difficulties of serving the largest box ship sizes.

Meanwhile, Rotterdam, as detailed in The Loadstar’s new Ports and technology LongRead, recently went live with its Pronto system, which combines a range of data sources on one platform, allowing shipping companies, agents, terminal operators and other service providers to exchange information relating to their port calls. It has been shown to reduce vessel waiting times in the port by as much as 20%.

Linking those two systems up and making the data available to vessel operators has been the key plank of the recent collaboration between the two.

Initial trials found that a 18,000teu vessel moving between Rotterdam and Hamburg could save 20-30 tonnes of bunker fuel per voyage, while other benefits include much better organisation of port labour gangs and greater awareness of shipment availability to other port stakeholders.

And Gerald Hirt, managing director of Hamburg Vessels Coordination Centre, said it would now look to bring other ports into an emerging network.

“This is not a closed shop – we would like to invite other ports to join us.”

In a keynote speech at the event, chief operating officer of APM Terminals Keith Svendson called for far greater collaboration in the terminal industry to address the lack of data standardisation.

“This industry is not customer-driven; it is a business-to-business procurement model and to change this we need collaboration between customer, partners and equipment suppliers.

“In my opinion, the terminal operators really have to step up and help move the discussion forward because we really have to work on standards as an industry, so we don’t increase the complexity of the system just for the sake of it,” he said.