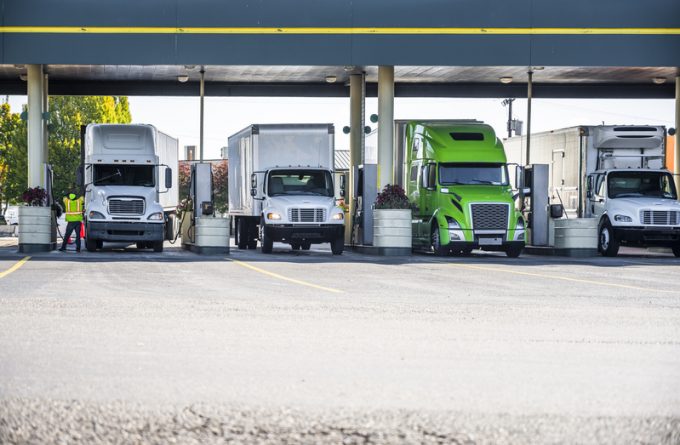 The growing shortage of diesel at a time of rising demand is setting off alarms – soaring costs and the spectre of fuel rationing is raising concerns among US truckers over their livelihoods.

According to some analysts, the diesel market in the US is facing its worst crisis since the oil shocks of the 1970s.

Demand for diesel is exceeding supply, a situation expected to get worse in the next few months, as industrial activity continues to ramp up in the aftermath of the Covid-19 constraints.

Diesel supply has been shrinking at an alarming rate, pushing inventory levels to depths not seen in 17 years. Nationwide supplies are down 43% since 2020.

Some parts of the US have seen worse contraction than others. Stockpiles on the east coast have fallen to their lowest level since 1990, and in the central Atlantic region inventory has slumped 78% since the start of the pandemic.

And an increase in oil production would not bring relief. There is unanimous agreement that the biggest culprit is an acute shortage of refining capacity, which has worsened considerably over the past two years. Faced with lower demand and a shrinking horizon for future business with the shift to clean energy, refiners shut down their least-profitable facilities.

This has reduced the production of diesel by more than a million barrels a day, equivalent to 5% of national output.

Some shuttered plants are being converted into smaller renewable-diesel facilities, but overall, there is scant appetite for investment in new refining capacity. The state of California is planning to slash the use of oil by 91% by 2045.

As a result, the trajectory for diesel capacity continues to point downward. By one estimate, 1.69 million barrels of US capacity is targeted for closure by the end of next year.

An additional drag on inventory comes from increased US exports of diesel across the Atlantic, as European trading partners are trying to wean themselves off Russian supplies. In fact, some observers point out that the US is comparatively well off in terms of diesel supplies compared with various African countries, where shortages are already limiting transport.

Still, a sense of crisis is growing. One Texas-based energy consultancy warned that the US was “ripe for a supply crisis”.

John Catsimatidis, CEO of United Refining, told Bloomberg: “I wouldn’t be surprised to see diesel being rationed on the east coast this summer.”

Other players and observers expect higher prices to act as a brake on demand, rather than rationing. Earlier this month, diesel sold at $5.56 a gallon, which was 76.5% higher than a year earlier.

How high the price will climb is anybody’s guess. Mazen Danaf, senior economist of Uber Freight, expects demand to climb in the coming months, but finds predictions on supply and price impossible at this point.

So, truckers are worried: to begin with, there are concerns about availability of diesel and possible rationing; and the cost is hard to swallow as diesel is now surpassing labour as the industry’s top expense. One owner-operator told a local TV station he may face unemployment.

And neither is relief in sight. Pundits predict diesel shortages and price surges are here to stay – from the agriculture sector come warnings that the rising cost of diesel spells higher food prices for two years, at least.