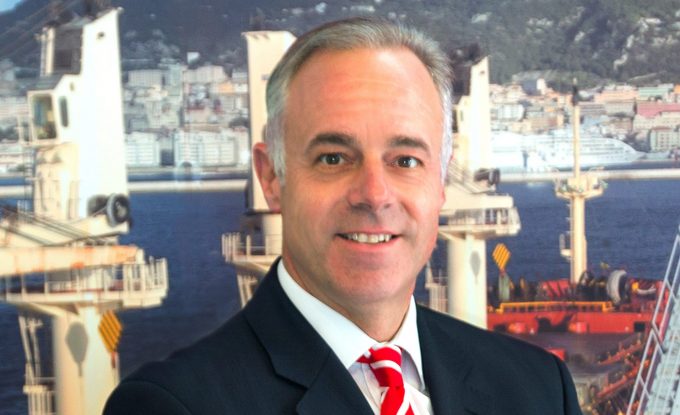 He will replace Guy Platten, who will take over as secretary general of the International Chamber of Shipping later this year.

he added: “And his leading role in developing Gibraltar’s Brexit contingency plan will stand him in excellent stead as the UK Chamber seeks to strengthen its role as a leading voice of British industry.”

Mr Sanguinetti was GPA CEO and, during his four-year stint with the port authority, he reversed a downward trend in vessel traffic of 8%, leaving it with numbers up 17% for the 2016/17 period.

He said he was “delighted” to be appointed to a role he described as “prestigious” and particularly at a time when shipping is “central” to the political agenda.

“The UK Chamber team deserves great credit for its work in recent years, and I am determined that we build on the solid foundation created under Guy Platten’s leadership,” said Mr Sanguinetti.

Mr Sanguinetti spent almost three decades in the Royal Navy, rising to the rank of commodore.