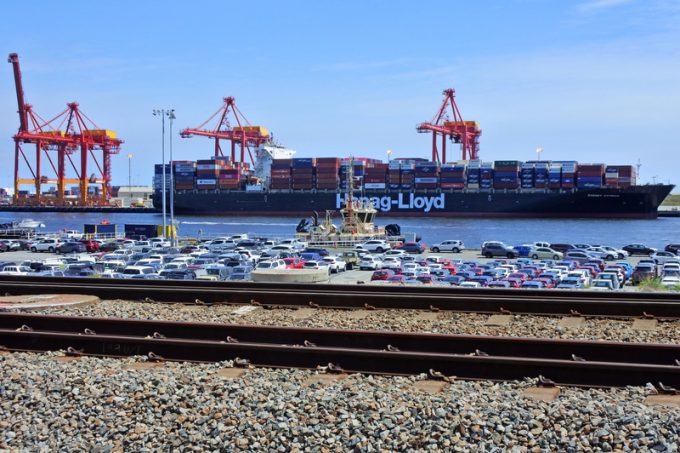 While he claimed Australian supply chains had proved “generally resilient” through the Covid-crisis, he said the “key focus” now was on ensuring the flow of goods from overseas suppliers to Australian businesses and consumers.

For example, Mr Morrison highlighted the stand-off between Patrick Terminals and the Maritime Union of Australia (MUA). Noting further industrial action was on hold until Friday, he called on both sides to “negotiate in good faith and to resolve their issues”.

But, he hinted the government would step in to prevent any further industrial action from taking place.

“I want to assure you that our government will take action, if needed, to protect the Australian economy from serious harm,” Mr Morrison said.

Furthermore, in light of the recent ACCC Container Monitoring Report, which found delayed shipments and rapidly rising freight rates were putting “intense pressure” on exporters and importers, he said the government was also examining “broader issues associated with the relative productivity of Australian ports.”

“Ports are the gateway for our economy. Inefficient ports are a tax on all of us,” he noted.

“Shortly, the treasurer will be releasing the terms of reference for a Productivity Commission inquiry into the efficiency of our maritime logistics system.”

The commission, which Mr Morrisson said would be completed by mid-2022, was welcomed by lobby groups representing both shipping lines and logistics companies. Often found pointing the finger at one another, the two sides appear to have found common ground in their criticism of the country’s container ports.

“There are, literally, ports in war-torn and bandit-infested countries that perform about as well as ours, according to the World Bank port performance analysis,” SA said.

It called on Australian box ports to get ships to berth faster, process cargo faster by getting crane rates up, reduce idle time at berth and reduce the overall turnaround time of ships.

Meanwhile, the Freight & Trade Alliance (F&TA) also welcomed the commission, which it said was “the culmination of a six months’ focused advocacy.”