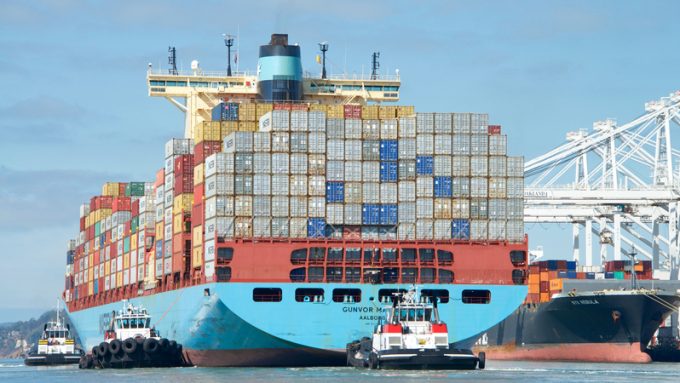 Major forwarders may abandon Maersk over concerns that the line’s new “integrated” business and “aggressive” strategy creates conflict of interests, and that it wants to cut forwarders from its business.

DB Schenker confirmed to The Loadstar that it had lost key account status with the shipping line, but said it had already switched most of its volumes.

“In May 2020, DB Schenker removed more than 90% of the freight volume loaded at Maersk, and shifted them to other shipping companies,” said a spokesman.

“This adjustment of our carrier portfolio was necessary to ensure optimal access to capacities and freight rates for our ocean freight customers, and to guarantee maximum network stability.

“With almost no volumes left at Maersk, the termination of key account status was a logical consequence and has no implications for our ability to serve our customers’ needs.”

Maersk said it would not comment, owing to “the confidentiality of our customer relationships”.

One forwarding source said DB Schenker was not the only forwarder looking at moving volumes away from the Danish company, with one said to have begun the process this month.

Forwarders claim Maersk has become increasingly restrictive in offering named accounts, while Maersk Spot has taken the FAK business, making it increasingly difficult for forwarders to manage their portfolios and provide customers with rates. One also claimed that Maersk, declining to offer named accounts, instead went directly to the shippers involved.

“It [Maersk] is moving from becoming a supplier to a competitor,” he said.

The closure of Damco and its NVOCC status has upset the market, and DB Schenker famously targetted its customers for discontinued services. (You can read Loadstar Premium‘s take on it here.)

Maersk’s termination of DB Schenker’s key account status was said to be a consequence of that, but one senior forwarder said it was, in fact, a warning to other carriers – “This ‘blacklisting’ of Schenker is just a message to say ‘if you do this, this is how we’ll treat you’.”

“Maersk can now see how other lines act in terms of weekly allocations; you can’t trust that it doesn’t have a conflict of interests.

“It all starts with Vincent Clerc [APMM chief of ocean and logistics] – as one legal entity, you shouldn’t be a supplier as well as booking capacity with other shipping lines. I can’t see other carriers liking it. It’s an aggressive strategy and, at some point, there will be no way back.

“A carrier’s direct contracts require neutrality, which was given by Damco. Maersk now does everything, but the terms are not clear. The likelihood is high that other forwarders will do what Schenker did and move volumes away.”

One source believed that would be harder for companies like Kuehne + Nagel, which moves large volumes on 2M vessels.

“It would be too tricky for them. I’d not be surprised if a lot of forwarders think about this, but it’s difficult at the moment as volumes are chock-a-block. It will take a few months, but then you would not be a prisoner to Maersk.”

The source claimed aggression was in Maersk’s DNA: “It was the one who drove the rate wars in 2008/9, hoping it would be the last one to survive.”

However, forwarders claim there is no such issue with other lines: “It is not an issue, and never has been, if the carrier has some forwarding activity. That’s normal.

“CMA CGM – owner of Ceva – is doing some integrated marketing, but CMA and Ceva have separate management and they clearly differentiate their behaviour. Ceva is not a big player, and Rodolphe Saade [CEO of CMA CGM] is smarter, and understands that he cannot rule the world.

“Ceva was being actively sold, and it was an opportunity he took to turn a loss-making company into a profit-maker. I wouldn’t be surprised if CMA sells it, and there is no reason to believe that their behaviour will change. MSC, Hapag Lloyd, all the others behave like partners.”

One medium-sized independent forwarder said he didn’t currently have concerns about Maersk, although it was “confusing”, and agreed he had no concerns about CMA/Ceva: “Perhaps the next stage for CMA/Ceva would be to work more collaboratively, but our trust in them is very good at the moment.

“If you were K+N or DHL, you might worry, as they are the biggest customer, and competitor. You might think twice before sending them a customer profile. But CMA is not good enough for that yet.

“But Maersk is still a bit confusing, and it’ll be interesting to see what it is trying to do.”

Meanwhile, one forwarder said that publicly poking DB Schenker could be a bad move by Maersk.

“DB Schenker, together with Deutsche Bahn, could probably take all the central European business if Maersk wants to play hardball. Maersk is trying to change the game and whomever I speak to says the same – long-term, Maersk doesn’t want forwarder business.”

Coming soon: Loadstar Premium takes a deeper look at Maersk and its relationships in logistics – and how its rivals feel