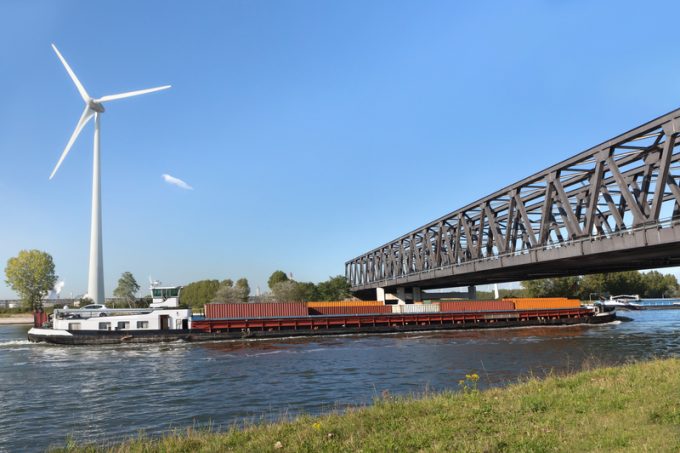 North Europe’s beleaguered barge sector appears to be “without hope”, as it struggles to deal with its own structural failings and the worsening situation at the region’s deepsea ports.

One forwarder said congestion at Antwerp and Rotterdam’s inland waterways was not only “unchanged” but waiting times were rising again as the result of a surge in ultra-large container vessels (ULCVs) from Asia.

The forwarder told The Loadstar: “There is nothing that can be done to improve barge congestion, as it’s all resulting from the ongoing congestion and berth windows of the major ocean vessels, with Rotterdam worsening and feeder lines also complaining of three-day waits for a berth.”

Delays on inland waterways have been “part and parcel” of the sector for several years. Last week, Contargo, the largest barge operator in the region, announced that delays at the Dutch waterway had climbed from 66 hours to 89, with Antwerp’s hovering at the 37-hour mark, but added that since 2017, delays in excess of a week had been commonplace.

One analyst said the problem was that, while there were mitigating circumstances, barge operators were exacerbating current difficulties.

SeasC4U’s Gunther Ginckels told The Loadstar: “Congestion isn’t new, I addressed it in 2014 and, since then, flows have increased, with terminals unable to process the volumes because berth capacity for inland navigation operations has not increased a metre.

“Adding to the problems is barge operators’ – not to be confused with barge owners – blunt refusal to work together to optimise capacity to anticipate on the flow imbalances.”

For shippers though, finding a short-term solution is proving troublesome, with the forwarder noting that one option would be to switch to rail, but this would require being able to book the space far enough in advance.

However, the forwarder added that while this may help the situation in Rotterdam, limited rail supply in Antwerp made it a harder task.

“And, of course also the rail and train options are impacted by the congestion anyway and, as a result are facing their own delays, so it really is not that much better, but it is a little better,” said the source.

“You also have Antwerp and Rotterdam implementing ‘cargo opening windows’, meaning the time you are allowed to deliver export containers prior to vessel arrival is limited. This in turn also causes trouble for barge and rail operators, since vessels are often delayed and planning needs to be adjusted, resulting in detention costs, as containers might not be allowed to be delivered within the detention free-time granted by the carrier.

“This in turn hits direct truck deliveries if a vessel delay impedes them forcing boxes to be stored outside the terminal, at cost, and shunted back, once allowed for the booked vessel.”

Sources have said Rotterdam had been “completely overwhelmed” by ULCVs, leading some deepsea lines to omit the port, while a feeder line executive told The Loadstar it had made running any sort of feeder service an “impossible task”.