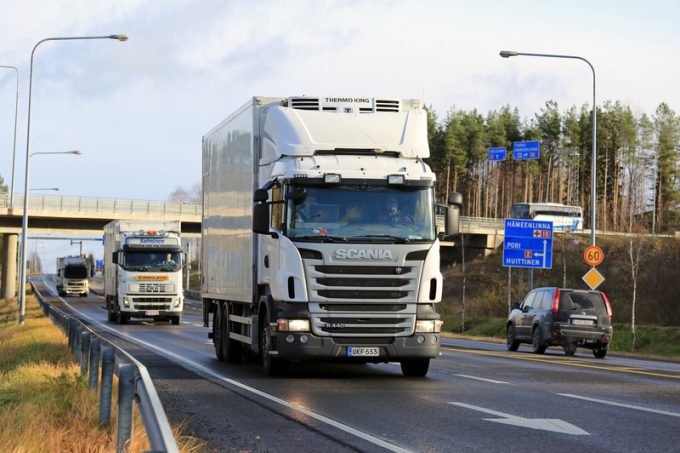 Freight rates on European roads rose in October and passed pre-crisis levels, according to new data from Transporeon, indicating an economic recovery might be under way.

It was also 3.6% higher than in September this year.

However, Transporeon executives noted that part of the reason for the price rise was due to capacity continuing to be curtailed.

“We are seeing the first increase in available transport capacities recorded since April. At the same time, we observe an ongoing trend for increasing prices.

“This is a normal development in times of generally low levels of available capacity in the spot market,” said Oliver Kahrs, MD of Tim Consult, a Transporeon subsidiary that collects and processes the road freight data.

The transport market monitor shows that, while freight capacity on Europe’s roads increased 6.3% from September to October as carriers reacted to increasing demand, capacity last month was still some 20.3% lower than October 2019.

“This month’s data can be read as a sign that the positive price trend observed after the summer break was not just a seasonal phenomenon, but a sign for an economic recovery.

“The interesting question now is how the second wave of lockdowns in Europe will affect this, Mr Kahrs added.

Interestingly, rising freight rates have taken place against a background of falling fuel costs – normally the two move in concert. According to EU statistics body Eurostat, pan-European diesel prices in the third quarter of this year are 4.8% lower than they were in the second quarter, and 14.8% lower than in the third quarter last year, which also points to an improving demand picture.