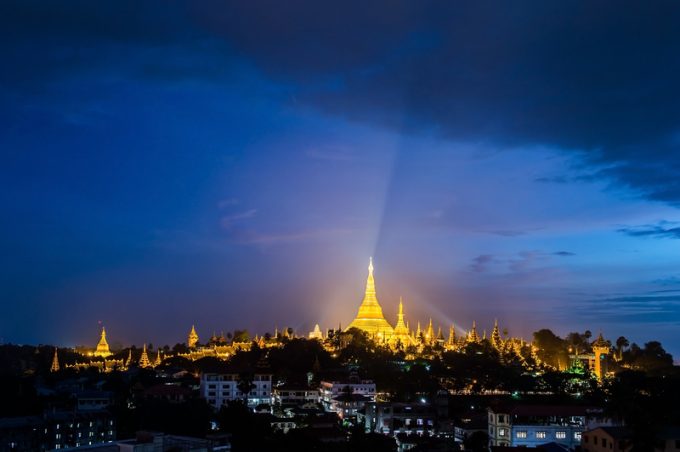 Each year, the Agility Emerging Markets Logistics Index (AEMLI), compiled by Transport Intelligence in partnership with Agility, seeks to answer to this question.

AEMLI, which is published free around the start of each year, takes three approaches: a survey of supply chain professionals (offer your thoughts and expertise for this year’s AEMLI here!); an assessment of the largest and fastest-growing emerging market air and sea tradelanes; and an index which examines the attractiveness of emerging markets according to three main criteria – market size & growth; market compatibility (ease of doing business); and market connectedness (quality of infrastructure).

Last year, more than 800 supply chain professionals were surveyed and it was found that India, China, Brazil, Vietnam and Indonesia had the most potential to grow as logistics markets over the next five years. This was similar to the previous year, as respondents perennially value market size highly, although it is clearly not the whole story.

Of the 50 emerging markets considered in the study, Vietnam had the 23rd highest GDP, but ranked fourth in potential, according to survey respondents, probably on account of its sustained surging trade volumes. Iran was ranked ninth in potential, up from 15th a year ago. It will be interesting to see how it fares this year now that the clamour around it has somewhat died down.

Moving on to trade, the first step into an emerging market for an international logistics provider is often through the offer of forwarding services. Over time, providers form closer relationships with agent partners before setting up shop themselves (sometimes by acquiring the partner), then expanding their offering to more complex logistics services.

Take Myanmar as an example. CEVA opened its first office in the capital, Yangon, in June 2017, having been operational in the country for five years through a “network partner”. Panalpina trod a similar path in 2015 and many others have done the same over the past decade.

Therefore, an important part of assessing logistics opportunities in emerging markets is the performance of the respective air and sea freight tradelanes. The tradelane analysis in AEMLI investigates tonnage shipped by air and sea between 50 emerging markets and the US and EU, ranking the 10 largest and 25 fastest-growing import and export lanes for each mode. The analysis digs deep, identifying the most important commodities on specific tradelanes and what is really driving or holding back growth.

Kenya-EU air freight tonnage is dominated by flowers (around 75%) and vegetables (25%). While growth was in the low single digits last year, over the longer run, its 2005 to 2016 compound annual growth rate (CAGR) was 10.9%. Panalpina in particular has tapped growth in this lane through a series of acquisitions.

On the Colombia-US lane, flowers are also the big story, accounting for about 90% of tonnage. Last year, growth was estimated at 6.1%, though its longer-run growth is weaker, with its CAGR at just 2%.

Bangladesh-EU is a different story, with 2016 growth of over 20% and a long-run CAGR of 8.2%. Unsurprisingly, around 75% of tonnage is accounted for by apparel.

The final way by which AEMLI investigates emerging markets is the Index section itself, which ranks the 50 countries on a scale of 0 to 10. Last year, China was top with a score of 7.88, while Mozambique was bottom of the pile with a score of 3.38.

The Index is comprised of three ‘sub-indices’ with the following weightings: market size and growth (50%), market compatibility (25%) and market connectedness (25%).

The market size and growth sub-index covers metrics such as GDP, population, GDP forecasts and financial stability. Compatibility is broadly a measure of the ease of doing business, including variables measuring business regulation, foreign direct investment, security threats and so on. Finally, connectedness measures the quality of infrastructure and the efficiency of customs and border controls. Generally, markets with improving prospects are those moving up the index year-on-year.

Last year, Iran was the biggest improver, moving up eight places to rank 18th, as it took steps to reintegrate into the world economy. When UN sanctions were removed in January 2016, many shippers and logistics providers renewed their interest in the country.

Moving in the opposite direction was Nigeria, which moved down nine places to 24th, as the collapse in oil prices continued to take its toll on the economy, with its economic forecasts slashed. Elsewhere, South Africa fell four positions to 21st as falling foreign direct investment, stalling infrastructure development and social issues weighed down its score.

Overall, 2016 was another year where optimism around emerging markets was questioned. Clearly, there has been a significant trade bounce in 2017, with several major forwarders reporting first-half year-on-year air freight volume growth in excess of 10%. Sea freight volumes have grown healthily too.

On this basis, the tradelanes and index portions of AEMLI should deliver a more optimistic message, but, as ever, it is up to the industry to give its views through the survey.

This is a guest post by David Buckby, economist at Transport Intelligence and lead analyst for the 2018 Agility Emerging Markets Logistics Index. Email: [email protected]