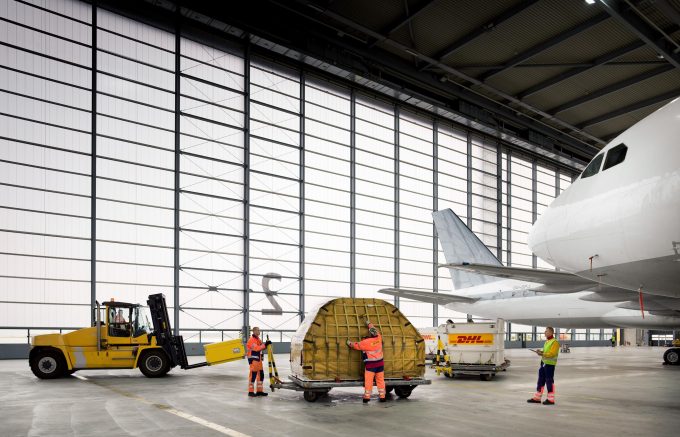 DHL Global Forwarding is hoping to capitalise on rising demand for Norwegian seafood with the expansion of air freight services from Oslo to South Korea and China.

Over the last 12 months, a number of air cargo carriers have launched services in response to growing demand for Norwegian fish after an algae infection hit South American stocks.

DHL’s forwarding arm will use a 747-400 freighter to operate the flights and provide additional transpacific capacity by returning to Norway eastbound.

DHL Global Forwarding’s head of airfreight, Ingo-Alexander Rahn, said the firm’s “expertise” in temperature-controlled logistics would meant the seafood would arrive in the best possible condition.

He added: “Cutting the lead time by more than 50% and providing seamless processes will help the Norwegian fishing industry grow and win considerable market share.”

Demand for Norwegian salmon has surged in recent years, 2015 proved particularly strong following aggressive marketing from Norwegian exporters. However, growth began to stutter last year, with the Norwegian Seafood Council reporting just a 6% rise in volumes to the US compared with 35% the year before.

For the first half of this year, export volumes were up 2.5%, to 1.25m tonnes, but China and South Korea both saw demand notably down. According to the Norwegian Seafood Council, exports to South Korea plummeted 10% year-on-year to 18,000 tonnes and volumes to China were down almost 40%.

However, DHL said demand for its services from Norway’s seafood sector had been continuously growing since it introduced operations earlier this year.

Chief executive Frank Appel said the service’s introduction not only increased capacity for the Norwegian seafood industry but demonstrated the “creative, customer-centric” approach.

The new service will ship seafood from Oslo to Seoul and Shanghai twice a week, with a second service also covering Brussels and Cincinnati.

Let’s see how and where other M&A rumours go, if anywhere.