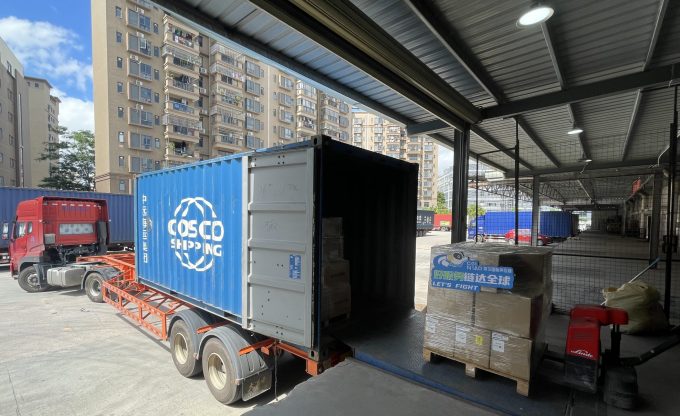 China’s Cosco Group and Alibaba logistics unit Cainiao have begun working together on the end-to-end intercontinental fulfilment of merchandise sold by Alibaba merchants to European consumers.

The initiative is being piloted for goods delivered into Belgium’s Zeebrugge port, as Cainiao intends to develop Belgium as its European base, and will see Cosco vessels bringing shipments to Cosco Shipping Ports’ terminal, where they will clear customs.

Then Cainiao will transport the goods to warehouses in Belgium, Germany, the Netherlands, Czech Republic, Denmark and other European countries.

The collaboration began with the arrival of 13,300 teu CSCL Saturn at Cosco’s Zeebrugge terminal last week. According to the eeSea liner database, the vessel is deployed on the Ocean Alliance’s NEU3 service, marketed by Cosco as the AEU7.

“Our staff at the terminal shared transport information and are working to simplify the warehouse logistics and improve overall delivery time by more than 20%,” Cosco said.

The Chinese group’s terminal operating arm has held the concession to operate the Zeebrugge terminal since January 2018 as part of China’s Belt and Road initiative. It has been earmarked as a North European hub for the Ocean Alliance’s Asia-Europe network and, over the past couple of years, has handled substantial numbers of overflow containers to avoid congestion in other hub ports in the region.

Depending on how the pilot phase goes, Cainiao may consider extending such end-to-end fulfilment collaboration to rail and air freight.

Cainiao has an ‘eHub’, comprising warehouses in the Belgian city of Liege, near the airport, while Zeebrugge has direct connections to North Europe’s intermodal network.