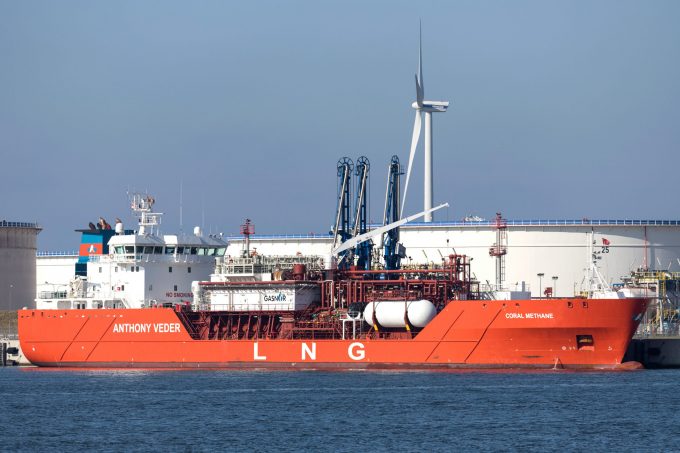 Shipping has been in focus during the COP26 climate conference in Glasgow over the past two weeks, with pledges made by governments and private companies expected to drive changes in the supply chain as a whole.

International Maritime Organization (IMO) secretary general Kitack Lim told The Loadstar on the first day of the two-week conference that what happened at COP26 would most likely determine events at its upcoming Marine Environment Protection Committee (MEPC) meeting on 22 November.

This could be a critical meeting, with the governments of Denmark, the Marshall Islands, UK and US announcing on 1 November that they would push to change IMO targets to zero-carbon emissions by 2050, effectively doubling planned maritime pollution cuts in a stroke. More than 100 governments are now said to have joined the declaration.

Meanwhile, the US and UK were at it again on 10 November, bringing together 21 countries, at the last count, agreeing to develop green shipping corridors (GSCs), including, France, Germany, Belgium, Denmark, Italy, Norway, Japan and Australia.

Critical in this declaration was the inclusion of the EU’s big three economies, along with the US, UK and Japan. A shift by these major regional players could tip the balance in favour low- or zero-emission ships. The countries aim to produce six GSCs by the middle of the decade, and many more by its end.

In addition, the surprise announcement by China and US, the world’s two largest carbon producers, to work together to reduce emissions was a boost for the conference – but, most significantly for those operating maritime supply chains, was the affirmation by the two states to cut methane emissions.

Methane is a substantial component of LNG, seen by many as a transitional fuel to zero-carbon emissions. However, with the greater urgency to cut emissions, there appears to be a narrowing window of opportunity for those investing in LNG power.

A methane declaration by the EU, and signed by more than 100 countries, would see methane emissions cut by 30% by the end of this decade; but some expectations are that this ambition will be increased during future COP meetings, next year and beyond.

Indirectly, shipping is also likely to be affected by the news that many financial institutions are moving away from supporting fossil fuel projects.

The former governor of the Bank of England, Mark Carney, established the Glasgow Financial Alliance for Net Zero, a private sector initiative to finance green projects, with funds with a value of up to $130 trillion said to be committed to the net zero target by 2050.

In a further financial development, the International Corporate Governance Network, which controls funds worth up to $59 trn, made a statement to the UN just two days before COP26 began, advising that it was recommending investors follow ‘climate science’ when making investment decisions.

It said investors should: “Publicly commit to science-based targets (including credible interim targets) on how the business will adapt to net zero-carbon emissions by 2050 aligned with the company’s purpose and long-term strategy. Transition plans should include assessments of physical, transition and liability risks and opportunities based on climate change scenario analysis. The board should communicate progress towards meeting just transition plans through annual reports to shareholders and other stakeholders.”

In fact, a senior UK civil servant noted at one session that UK ambassadors taking part in discussions for funding projects, either as an investment or as part of an aide package have been told that they should not negotiate to fund fossil fuel projects “as they will end up funding stranded assets”.

Also prior to the start of COP26, the International Chamber of Shipping (ICS) had proposed a charge of $2/tonne on ship fuel, to raise a $5bn research and development fund over 10 years.

The ICS has also proposed a mechanism for a global carbon levy on ship fuel, with deputy secretary general Simon Bennett suggesting that the Marshall Islands’ proposal of around $300/tonne should be discussed at MEPC this month.

Privately, the ICS accepts that the carbon levy has been proposed and accepted by shipowners as an alternative to the EU’s Emission Trading System (ETS), which is seen as a regional charge that distorts competition.

For its part, the EU believes the maritime sector has been slow to introduce a market-based measure, such as a levy, and wanted to expedite that process through its Fit For 55 programme.

The ball is now firmly in the IMO member states’ court – the body must be seen to bolster its ambitions at the MEPC, or be deemed irrelevant.