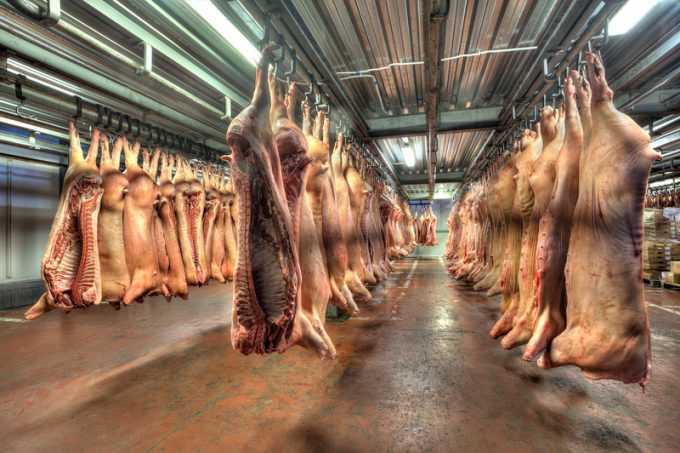 China appears to be on the verge of a ‘tsunami’ of perishable imports.

On 1 January, Beijing implemented temporary tariff reductions on more than 850 products in an effort to fuel imports after a domestic shortage of some goods and demand for foreign speciality goods for everyday consumption.

However, even more imports will be triggered by the China-US phase one trade agreement, due to be signed on 15 January.

The January tariff changes cover a broad range of products, from frozen pork to semiconductors; for example, the tariff on avocados was lowered from 30% to 7%. And details of the new accord between Beijing and Washington have yet to be revealed, but US officials have signalled that substantial exports of agricultural products are in store.

According to US trade representative Robert Lighthizer, China has agreed to purchase $200bn worth of additional US goods and services over two years, and perishables play a prominent role in this scenario. The White House declared last year that China would boost purchases of US agriculture products to $40-50bn within two years.

The mood is particularly bullish among US meat exporters, who sense an opportunity. An African swine fever epidemic has devastated Chinese pig stocks, with around 40% being culled, causing a spike in pork prices – although the government released some strategic reserves. And US chicken exporters are also bullish after Beijing lifted a ban on US poultry in December that had been in place since 2015 after an outbreak of avian flu.

Chinese imports of poultry from Brazil climbed 34% last year and, according to Mr Lighthizer, US exporters will be able to sell more than $1bn worth of poultry and poultry products a year to China.

As the trade war pushed tariffs on their catch up to 40%, US lobstermen saw their exports to China dry up while Canadian exports went through the roof. Brendan Harnett, chief executive of Vancouver-based perishables specialist Flying Fresh Air Freight, expects US players to try to recover this lost ground once tariffs drop. One element in their favour is ample lift out of US gateways at low rates, he noted.

He reckons his company may be moving more crab and cherries from the Pacific north-west to China as tariffs on these go down. Most of this is trucked either to Vancouver or California to catch flights to China.

For now, Flying Fresh’s Canadian clientele is adopting a wait and see stance. There is uncertainty not only over the details in the US-China accord and how aggressively US exporters will go after the market, but also on political issues. For one thing, the Chinese government may want to encourage exports from US sources to offset the trade imbalance with the US, Mr Harnett reflected.

Another question mark is over Sino-Canandian diplomatic relations, which have been strained by the arrest of Meng Wanzhou, chief financial officer of Huawei and daughter of the company founder, in Vancouver, who is fighting an extradition request from Washington. Temporary bans of Canadian pork by Beijing last year have been widely associated with the case.

Other countries are seeking to get broader access to the Chinese market. Last November China agreed to open its borders to melons from Brazil, the first fruit from the Latin American country.

The prospect of a surge in perishables traffic to China raises concerns about cold chain capacity. According to several reports from the second half of last year, the country’s cold storage infrastructure was stretched to the limits by a sharp increase in pork imports.

Mr Harnett doubts that there will be serious problems ahead. As pork imports do not fully compensate for the decline in domestic production, the overall need for cold chain capacity is not going up, he noted.

There is a possibility, though, that gateways may experience congestion as a result of increased perishables imports, he said.

But new capacity is mushrooming in China. According to a recent study profiled on ReportLinker, the Chinese cold chain logistics market grew 18.8% to RMB295.6bn in 2018 and is expected to show 8.5% CAGR between 2018 and 2025.

One large player. Dalian Port Yidu Cold Chain, aims to develop a cold chain network with hubs in Dalian, Shenyang, Zhengzhou and Guangzhou. In collaboration with the Port of Guangzhou, the company is currently building six eight-storey cold storage facilities at the Port of Nansha, adding 460,000 tons of capacity. The first phase of the project, is scheduled for completion by the end of this year.