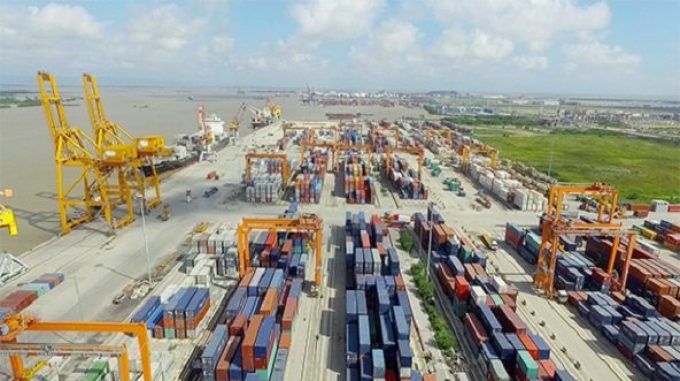 Shippers serving the US import market may have already begun voting with their feet and moving production out of China in response to the looming threat of a full-blown trade war between the world’s largest two economies.

The 90-day abeyance period agreed by Donald Trump and Xi Jingping on the sidelines of the recent G20 meeting in Buenos Aires may be too late for some in the trade, as new research from Drewry suggests considerable volumes are beginning to switch from China to other sourcing areas.

Neil Davidson, director of ports at Drewry, said today year-on-year third-quarter port throughput growth in North America hit 5.1%, a robust figure likely driven by US importers’ desire to get as much in before tariffs were implemented.

Chinese ports only saw 3.1% throughput growth in the same period, below the global average of 3.5% and a long way from the 10% throughput growth witnessed in South-east Asia, which “suggests shippers are already moving their sourcing”, Mr Davidson said.

But, he added, considerable uncertainty continued to dog forecasts.

“Our models suggest that if trade carries on without tariffs, we would be looking at 3.5% growth in volumes in the US market.

One sector already beginning to see changes is jeans and denim manufacturing. According to US-based Sourcing Journal, China has already lost market share of US denim imports to other Asia nations. In the first 10 months of the year, Chinese denim exports to the US grew just 2.9%, while those from Vietnam were up 46.2%; from Bangladesh 12.8%; Pakistan 12.5%; and Cambodia 27.5%.

Supporting this has been the introduction of much larger vessels serving second-tier South-east Asian ports, according to Drewry’s figures, with Vietnam’s Cai Mep complex seeing a 15% increase in vessel size in the third quarter, the average size getting up to 15,000 teu.

Meanwhile, Haiphong, in north Vietnam, saw a huge 180% increase in vessel sizes after a second deepsea loop was introduced which deployed an average vessel size of 6,400 teu, compared with the previous average of 2,300 teu on the first deepsea service to call.