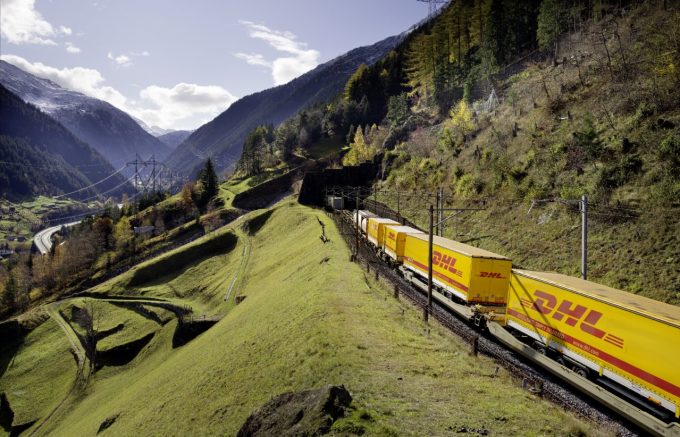 Duisport reported its weekly China trains for April had increased from the “normal” 35-40, to 50, following the end of the lockdowns in China.

Andre Wheeler, chief executive of Asia Pacific Connex, said Duisport’s figures were an “important indicator”, since 80% of all rail traffic out of Chongqing passes through the key dry port hub.

“It is also interesting that new routes are being added, as rail is proving to be a viable option. For example, Maersk has recently introduced its first rail service from Xi’an to Izmut, in Turkey,” he added.

Furthermore, said Davies Turner, the move by shipping lines to re-route sailings, via the Cape of Good Hope rather than the Suez Canal, is making express rail services more appealing.

Tony Cole, Davies Turner’s head of supply chain services, said: “If the lines maintain this revised routing, it means that with a transit time of just 24 days from Wuhan to Dartford, our direct Express China Rail service offers an even more competitive transit time versus the all-ocean alternative from ports on China’s east coast.”

Zafer Engin, head of value added services at DHL Global Forwarding China, said rail had proven a popular mode in its own right prior to the pandemic. He told The Loadstar: “Although many borders are closed for passenger traffic, there has been minimal disruption to rail freight, with only minor delays and temporary congestion when restricted movement measures were first implemented.”

There were some capacity concerns in February over a projected spike in demand, as China’s factories reopened and shippers searched for alternatives to air and ocean, but it appears any congestion was manageable, with extra trains and services running.

“There is a lot of interest in the first-of-its-kind DHL express rail service from Xi’an to Neuss in Germany, which takes only 12 days – 25% faster than standard rail service,” claimed Mr Engin. “Our direct railway service to Budapest or Milan is also growing in popularity, and we started shipping less-then-container loads (LCL) directly to Denmark.”

Eastbound volumes are on the up too, he said, since markets in China and elsewhere in Asia were recovering quickly from the pandemic.

“Factories are back in operation, and they are often under pressure to receive materials or components from European providers. China has a big consumer market with a demand for high-quality products from overseas. For example, we are receiving inquiries to move mineral water from Italy to China,” Mr Engin said.

He said DHL was moving “almost all” types of cargo, with particular demand for PPE. Indeed, according to Mr Wheeler, China is using the train services to initiate a “Health Silk Road” to bolster its soft diplomacy efforts, and highlighted a recent shipment to Spain.

“Medical supplies were shipped from Yiwu to Madrid through the Alataw Pass in Xinjiang, a rail hub-and-spoke centre, managed by China Railway Express,” he explained. “About 70% of Central Asian freight volumes travel through the pass. Shared digital documentation reduced custom inspection from 12 to six hours, suggesting that rail is being used to give China leadership in the roll-out of 5G applications.”

China also heavily subsidises the rail services, with Mr Wheeler estimating the cost of shipping a container from Xi’an to the UK, for example, at $4,500, while subsidies cut that to $3,000.

“I think the subsidies will remain in place until at least mid-2022, as this is when global trade is expected to have returned to normal,” he added.

Violent protests and subsequent failure of Kazakhstan’s internet and telephone services has caused problems for ...

The ‘new’ face of K+N is finally unveiled