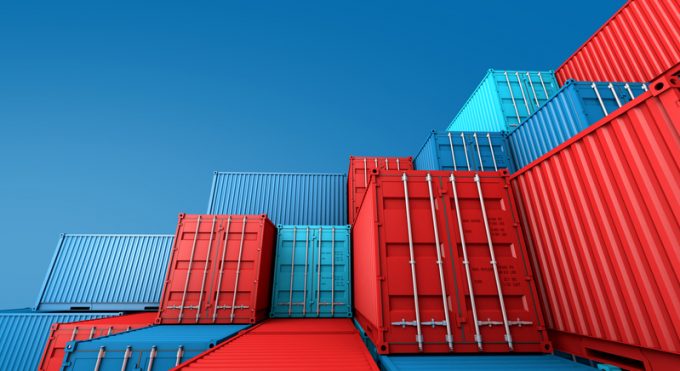 Container spot rates from Asia may have eased slightly from their record highs, post-Chinese new year, but rates for backhaul and secondary trades continue to head north.

According to today’s Freightos Baltic Index (FBX), the spot rate for North Europe is $7,684 per 40ft, down from more than $8,000 at the beginning of the month.

However, the FBX reading for Mediterranean ports, of $7,990 per 40ft, has held steady, while the spot rate from Asia to the US west coast gave up its gain of the previous week, with a 6% decline to $4,292 per 40ft.

But, as shippers sought to avoid the heavily congested US west coast ports, spot rates for the east coast gained momentum to reach an FBX reading of $5,716 per 40ft.

According to Lars Jensen, of SeaIntelligence, shippers should not read too much into the rate declines on the transpacific and Asia-North Europe.

“It does in no way indicate that we are anywhere near restoring normality,” he said.

Indeed, the Ningbo Containerized Freight Index (NCFI) weekly commentary notes that a few North Europe carriers have “slightly” lowered their rates this week, but that demand on the route is “picking up” again.

And for the US, the NCFI commentary says demand from Asia “remained high” and space, “relatively tight”.

According to Jon Monroe, of Washington state-based Jon Monroe Consulting, BCOs are concluding their annual contract negotiations with transpacific carriers this year in record time, “finding that they have little bargaining power”.

He added: “Carriers are being more selective this year about who they sign with and at what terms. It is almost as if carriers are cherry-picking their customers.”

He said carriers had adopted a “take it or leave it” attitude with BCOs during the transpacific contract season.

There is barely a tradelane upon which shippers are not on the back foot so far this year, obliged to pay highly inflated rates for poorer services, but importers and exporters to and from the UK appear to have suffered more than most. According to Freightos platform client Darren Thomas of UK-headquartered Global Freight Management, the problems for shippers are unparalleled.

“The freight industry has never seen such problems with congestion, equipment shortages and rates increasing to unprecedented levels,” he said.

Importers front-loading shipments ahead of the 1 January Brexit deadline and carriers skipping the UK to avoid overwhelmed ports spiked rates even higher for shipments via the main container hubs of Felixstowe, Southampton and London Gateway.

And notwithstanding the premium for UK import and export shipments, carriers are also restricting allocations and limiting container weights.

For instance, The Loadstar has seen a customer advisory, dated yesterday, from CMA CGM to a major UK forwarder advising of limited prompt booking availability from UK ports to global destinations.

“As long as you don’t want to ship in the next four weeks, that’s all good,” said the customer.