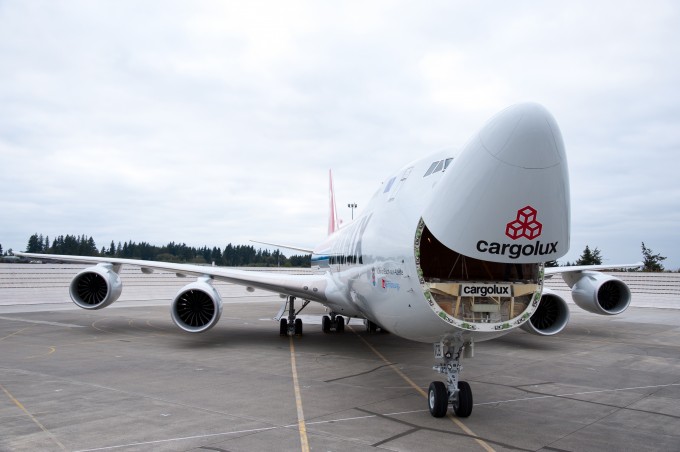 Cargolux is celebrating a net profit for 2015 of $49m, up from $3m the year before. But it has warned that one-off boosts in 2015 from lower fuel prices and the US west coast port congestion mean it is unlikely to hit the same result this year.

“The west coast ports crisis made a big difference to us,” chief executive Dirk Reich told The Loadstar. “It was significant, but hard to put a number on.”

He added that while all the fuel advantages of last year had been passed directly on to customers, there were still some benefits. “We are one of the few carriers still with fuel surcharges, and so low fuel prices get passed on directly. But that translated into higher demand and made us more attractive to customers.

“And there is always a small time lag between the fuel price falling and the FSC reduction. When the price of fuel goes down we have an advantage for a week or two – and a disadvantage when it goes up, as it has started to do this year.”

Mr Reich, while noting some concerns about the Chinese market, remains bullish in the long term.

“We are disappointed that the high growth rates of the past in China aren’t there. But it is still higher than the rest of the world. Yes, there is risk, but that’s true all over the world and we see a lot of developments in the hinterland.

“Look at how ambitious the people are, and how educated, and how hungry for consumer products. Yes, there are structural issues and it’s not stable. But we still have a strong belief that China will remain important. Without China and containerisation, half of today’s forwarders would not exist.”

He did, however acknowledge that the year has not started well in China. “But I think the downward trend is exaggerated by the strong start to last year. And March is OK-ish – we are seeing a few charters which is the first sign of normalisation.”

Mr Reich said he wasn’t concerned abut the possibility of Shanghai’s factory closures from June, in advance of the G20 summit in Hangzhou in September, when authorities want clean air.

“If demand doesn’t change [for the factory exports], any disruption is good for air freight.”

While competitors have noted Cargolux’s capacity strength in China, they have also claimed that the Luxembourg carrier has focused less on other regions. Not so, answered Mr Reich, pointing to a boost in Transpacific services and increased destinations elsewhere.

“We have a greater worldwide footprint, especially because of the two new 747s and two more on pay-by-the-hour. That makes it easy to adjust and be flexible. We can make short term network adjustments, it’s a unique flexibility.”

Cargolux still has to work on its door-to-door trucking network in China, hampered currently by legislation and regulation.

“There are still some obstacles in pick-up, but we are trying to get a network in China like we have in Europe and hope that will improve this year.”

Mr Reich said that network reach and products had also contributed to the carrier’s strong results, but disputed claims by some forwarders that service levels at the carrier had fallen. “Our figures have all come from key customers – they wouldn’t have been so good if that had been the case.”

The carrier last year spent much of its time in negotiations with the unions, which knew a good result was on the cards. Mr Reich acknowledged that the talks had been challenging, but said the unions understood the market conditions.

“We were clear through last year that we would have a profit, but that this year there will be no port strike – although we tried to encourage our unions to go to LA and start one,” he joked. “The agreement was based on the anticipation of the years to come.

“We need about $100m a year to keep investing and to finance new equipment – and the unions understand that. Thankfully we have found a compromise so we can grow our fleets and keep a cost advantage.”

Mr Reich said that Cargolux didn’t have a specific forecast for this year, “but it will be very ambitious to get the same result again”.

He said more details on Cargolux China, the joint venture set to launch next year with three 747s, and which will receive $77m in investment from Cargolux, would be available in June.