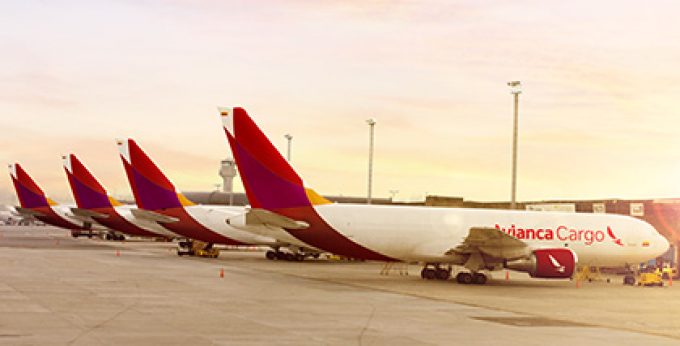 An A330-200 freighter can make a huge difference, well beyond its payload, and for Dallas/Fort Worth International Airport (DFW), it was the elusive, final piece in a strategic puzzle and a game–changer.

The game changed with the start of a twice-weekly freighter service by Avianca between Bogota and DFW on 2 October.

According to the airline, the operation has been successful so far; profitable on all rotations and particularly strong on the northbound sector, where it carried over 800 tonnes of cargo – primarily perishables – to its new US gateway on the first 12 flights.

The distribution of these northbound loads reveals the flight’s importance for DFW beyond its payload. Some 49% continues beyond the airport to other parts of the US, 40% goes on to Asia and 11% to Europe.

It is the portion that heads to Asia that is of the greatest importance to the airport authority, and this is precisely what DFW has been striving for.

“We think it is a validation of the strategy we have been working towards,” said John Ackerman, the airport authority’s executive vice-president, global strategy & development.

DFW’s long-term objective has been to establish itself as a gateway for flows between Asia and Latin America. This plan was the reason why handling firm DNATA opened a 37,000 sq ft cargo terminal at the airport last year, with 18,000 sq ft of cool chain infrastructure to build up flows of perishables through DFW.

“We see DFW as an important alternative to Miami,” Mr Ackerman said. For one thing, some carriers have been talking about risk diversification, he added.

A strong factor is geography. For cargo that does not transit from a flight out of Latin America to a plane departing for Asia, the longer trucking distance from Miami to gateways with freighter connections to Asia gives DFW a strong advantage. Compared with a routing that involves a trucking leg from Miami to Los Angeles, a transfer at DFW can shave up to five days off transit times, Mr Ackerman said.

For Avianca’s customers, transit times from Bogota to Asia are three to four days, noted a spokesperson for Avianca Cargo.

The rapid growth of the airport’s immediate catchment area, and of business in Texas, has drawn freighters from Asia to DFW over the years. Armed with these and the cooler to place perishables between their connecting flights, the airport was close to its objective, but lacked a freighter connection to Latin America, notwithstanding its bellyhold capacity to the region, courtesy of American Airlines.

“It’s difficult to be taken seriously as a gateway between Asia and Latin America if you don’t have a freighter,” Mr Ackerman said. He expects to see a catalytic effect from Avianca’s operation, sending out a signal to the rest of the market.

“I think it’s hard to overestimate this,” he said.

To date, Avianca has struck up interline agreements with 11 airlines that fly to Asia, including freighter as well as passenger carriers. The list may well grow before long.

“We are in discussions with Avianca for an interline programme connecting their freighter to Nippon Cargo Airlines to Japan and other parts of Asia,” said Shawn McWhorter, president of NCA Americas.

“I think this is a great opportunity for the demand for perishables to Japan, and DFW helped create the perishables centre. At DFW we can easily store perishables at the proper temperature while they are waiting to connect. This is a product we hope to develop with them to offer to our customers.”

The airport authority continues to work hard to drum up support for the new freighter link. Mr Ackerman’s team has spent a lot of time in Latin America talking to shippers to understand their requirements, and it is also talking to importers in Asia about sourcing from Latin America.

In addition, there is solid material support from waived landing fees for the first two years, to financial support to market the new flights.

“DFW has proven to be an excellent airport partner in the development of another hub in the US that permits inflows of cargo to and from Latin America and Asia as well as to service the south, centre and west of the US market,” said Carlos Arango, commercial director at Avianca Cargo.

The Covid-19 pandemic has dealt a body blow to the important bellyhold capacity at Dallas/Fort ...

The Hungarian government, stung by criticism that it was unable to procure air freight capacity ...

Avianca goes into Chapter 11, but air freight services will continue

Avianca has joined airlines like South African Airways and Virgin Australia in seeking to significantly ...