News / Atlas Air cashes in during a busy Q3, but keeps some cards close to its chest 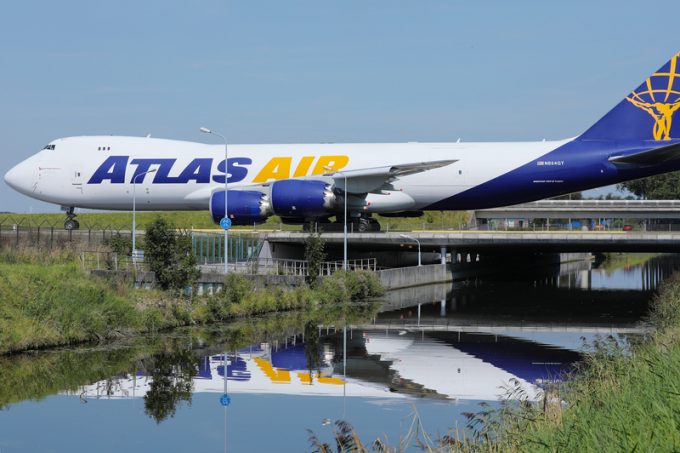 But there were some other key announcements in the earnings release: last month, Amazon exercised warrants leaving it with about 4.99% of outstanding common shares. (Atlas management said it didn’t know why, just that it was a “great investment”)

And more interesting, perhaps, was the carrier’s insistence that it keep the Cares Act cash.

It received $406m in payroll support, which it was asked to return, or provide evidence it was being properly used given its strong results, after US Congressman James Clyburn wrote to the carrier last month pointing out that: “Congress intended for these taxpayer funds to save jobs, not to provide windfalls to thriving businesses.”

However, CEO John Dietrich said Atlas was in “full compliance” with the Cares Act requirements. While he acknowledged that Atlas’s “circumstances are somewhat different than the passenger side”, he added there had been challenges when Covid hit and a “tremendous amount of uncertainty”.

And he said the support programme was “not a needs-based” one, and “we are not intending to return the funds”.

The funds have certainly helped Atlas reach a strong cash position: as of 30 September, its cash totalled $729.3m – 538% higher than a year ago. And there was much talk of “substantial demand” for its services, “both near- and long-term, at attractive yields”.

The carrier has, essentially, been trying to find the perfect balance between using its aircraft on ACMI arrangements – a key pillar of its business, signing up long-term charter customers at stronger rates “in an exceptional market” – while leaving some spot capacity in the market in case it can hoover-up any high-yield business in the short term.

Its charter customer base, as with other all-cargo carriers, has expanded, with Cainaio, Hewlett-Packard and “several large global freight forwarders” – many of which are on three-year contracts – providing “secure and attractive revenue streams”. It has also expanded its work for Amazon, with three more 737s flying since September, bringing its total 737s for the e-com giant to eight.

But there was no mention of major customer DHL, which according to two sources – but has not been confirmed – is looking at changing its 767 flying schedules with Atlas, and is said to be in talks with another carrier.

And there was no mention of the acrimonious long battle with its pilots, which is surely a fly in the ointment for Atlas. But Mr Dietrich did note that, as far as recruitment went, “we’re in a very good position there. The available pool of pilots is actually quite strong”.

The pilots claim Atlas pays its pilots 22% less than Kalitta Air, a much smaller outfit, does.

However, Atlas did make a point about its high costs. It agreed to give its pilots an extra 10% when Covid hit, until it reaches a deal with its union. It also pointed to less military flying and higher maintenance expenses.

“We’re operating in a very favourable airfreight market, but we also recognise the uncertainty in front of us,” said Mr Dietrich, shortly after pointing to “attractive” charter agreements that last until 2023.

“And because of that, we’re taking steps today that will position our company for continued success. This begins with aggressively managing our costs in every aspect of our business and being prudent stewards of our balance sheet.”