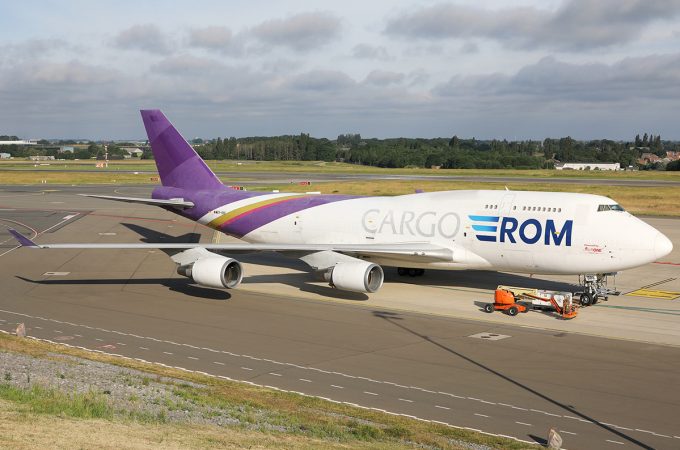 Aerotranscargo (ATC), a Moldova-registered freighter operator, appears to have succeeded in its quest for a carrier with a European aircraft operating certificate.

Its first attempt failed when Aerotranscargo Netherlands (ATC NL) was declared bankrupt in May, before it had even flown, after failing to secure an aircraft operating certificate from Dutch authorities.

The plan had been to lease aircraft from Moldovan partner ATC, which does not have an EU AOC.

But ATC has now leased one of its aircraft to a new charter carrier, RomCargo, which has operated the 747-400BCF since 22 November, mostly in central Asia, but also to Shanghai and Germany.

But it said the aircraft would “meet immediate demand for Asia-Europe cargo capacity”.

RomCargo, formerly called Fly Sky, has yet to set up a website, but has announced its sales agent is Air One, a UK-based company, also GSA for ATC.

Air One, according to the UK’s Companies House, is “under common ownership” with RomCargo, which has “expenses paid on its behalf by Air One”.

Air One is owned by a UAE company, Air One Holdings, that boasts Peter Scholten as its chief operating officer and who had been chief executive of ATC NL. ATC’s operational base is also in the UAE.

It’s a complex web of international operations, and anything but transparent – an issue which, according to one well-placed source, led to ATC’s failure to secure a Dutch AOC, with authorities concerned over who, ultimately, was financing and controlling the airline.

Meanwhile, the EU has updated its Air Safety List, and removed a ban on Moldovan carriers, although ATC appears to have been exempted from the ban.

Smaller freighter operators are flourishing under current market conditions, where older aircraft and a limited fleet are no barriers to success.

In fact, a rare insight into freighter operator financials shows that one saw net income increase some 667% between 2019 and 2020.

It said it “expects to continue growing its business and its fleet in 2021 and subsequently”.

Western Global had been limited to operating 19 aircraft, but is listed as owning 24, three of which are for spare parts, while “six are intended for future operation”, it said.

Updated December 2 to reflect that ATC was unaffected by the EU’s ban on Moldovan airlines.