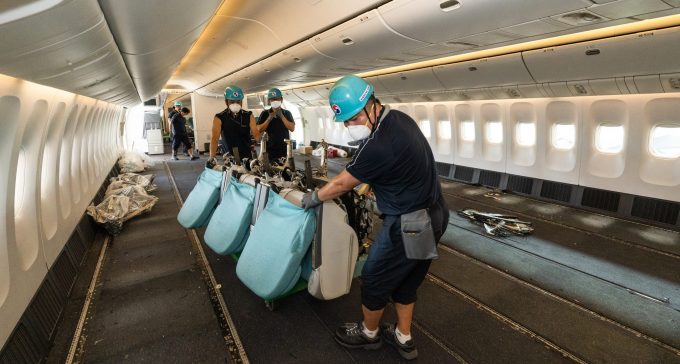 With no let-up in travel restrictions, Asian carriers are planning more passenger-freighter flights to cope with peak season demand.

The ‘preighter’ phenomenon seems to be winding down in the US and Europe, as economies open up and authorities weigh safety considerations of carrying cargo in cabins, as well as the extra handling time required.

Its first service was between Incheon and Ho Chi Minh City, expanding to 65 routes to North America, Europe, South-east Asia, China and Japan, with 400,000 tonnes lifted so far.

However, it added, the flights were also being used to resolve “recent logistics challenges faced by many companies struggling due to shipping supply shortages”, including charters to Indonesia and Japan for SMEs.

A spokesperson added: “We expect cargo-only passenger flights to play a more vital role in the second half of the year, when the volume of import and export cargo typically increases.”

According to the Association of Asia Pacific Airlines (AAPA), the region’s carriers flew just 1.4 million international passengers in June – just over 4% of the corresponding month in 2019.

Cargo, on the other hand, remained “resilient”, AAPA said, with June volumes measured in FTK up by 25.7% year on year, bouncing back to the same level as 2019.

Subhas Menon, AAPA director general, added: “The already dire situation has recently been compounded by new Covid-19 infections across the region, due to the Delta variant, with ongoing border restrictions holding back any meaningful restart in international travel markets.

“Air cargo traffic growth, supported by strong demand for both intermediate and consumer goods from the major advanced economies, remains the saving grace.”