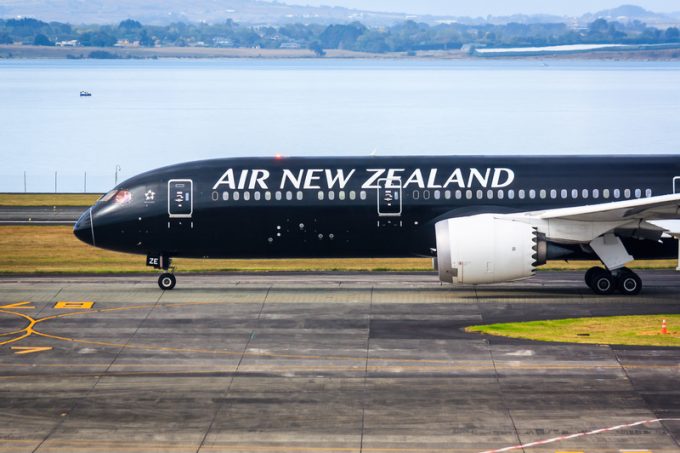 Congestion at troubled Ports of Auckland had already prompted a raft of delays and carrier surcharges for the country’s shippers and now, the bottleneck in South China is causing further headaches, especially for agricultural exporters due to the lack of reefer plugs available at Yantian.

Another challenge is shipping lines bringing cargo into the country but snubbing exports – it’s more profitable to carry empty boxes back to China for the increasingly sky high rates on the transpacific trade.

Alex Larsen, global head of cargo sales, said: “The shift is happening so that supply contracts can be maintained to most export markets from New Zealand.”

There is currently strong demand globally for the country’s exports, he noted, particularly into North America where retail demand for seafood and chilled meat has been strong.

He added: “As foodservice demand slowly picks back up [post lockdowns], we’re expecting to see demand build on current levels.

“New Zealand’s export demand is seasonal, due to the nature of commodities and their harvest periods, and we expect demand to lift from September to March.”

In a devastating year for airlines, like many Air New Zealand made a near-overnight switch to cargo-only charter flights in 2020, with cargo revenue jumping from 10% to 50% of the business.

“Total airfreight capacity is still operating at a considerably reduced level,” explained Mr Larsen. “That said, airfreight volumes being moved are around 90% of pre-Covid levels. And compared with operating cargo-only charters, the predominant mode in March-April 2020, rates have reduced considerably under the subsidy scheme.”

MIAC was recently extended until October, and Air New Zealand was awarded additional flights, now operating around 30 a week to 13 destinations, including Los Angeles, Hong Kong and Shanghai.

The airline also considered removing passenger seats and flying cargo on the maindeck, but ultimately decided against it, according to Mr Larsen.

“As it’s very complex, it would have taken up to nine months to convert a 777 aircraft,” he said. “When we were making these decisions we didn’t know how long Covid-19 was going to last. So, ultimately, we made the decision to use belly space for transporting cargo.”

Forwarders in Australia and New Zealand have said that spiralling cargo delays and freight rates ...