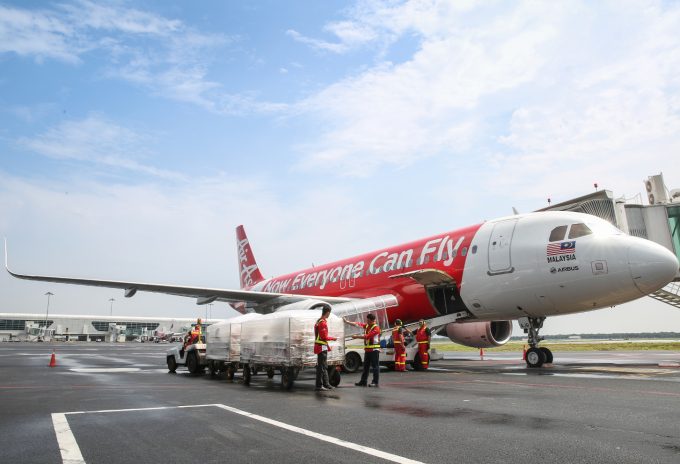 Malaysia’s Airasia has made a bold step into the freighter market with the purchase of its first 737-800F.

The 737 freighter will be based at Teleport’s Bangkok hub, flying routes between China, India and South-east Asia, while the A320s will operate from both Bangkok and Kuala Lumpur to Hanoi, Ho Chi Minh City, Hong Kong, Jakarta and Yangon.

Adrian Loretz, chief operating officer of Teleport, said: “It was evident at the end of last year that the demand for cargo capacity was not going to be served with passenger belly capacity alone, in the long run.

“The type of planes we are using are great to handle the current surge in demand for e-commerce and other cargo.”

“Customers did request additional space on our aircraft to ensure access to cargo capacity, and while this was only a temporary movement, we expect demand will remain at high levels across most tradelanes, and yields are significantly above 2019 levels,” he explained.

Teleport’s “home markets” are Malaysia, Thailand, Indonesia and the Philippines, Mr Loretz noted, with the network expanding across Asia Pacific via connecting flights to Japan and Australia, for example.

He said the e-commerce growth was centred in the Asean region, with a lot of cargo coming in from China, Japan and Korea. Teleport is also supporting Airasia’s various e-commerce apps, he added, as it “aggressively expands across the region.”

However, Mr Loretz said the airline’s core business was general cargo, particularly perishables and pharmaceuticals, which remain a “key contributor for our export tonnage”.

“For some of our markets, it remains uncertain when significant passenger capacity will come back. We are optimistic that, even when passenger air travel rebounds, there will be a sustained demand for cargo capacity, either from passenger aircraft used for cargo flights or dedicated freighter space,” he said.