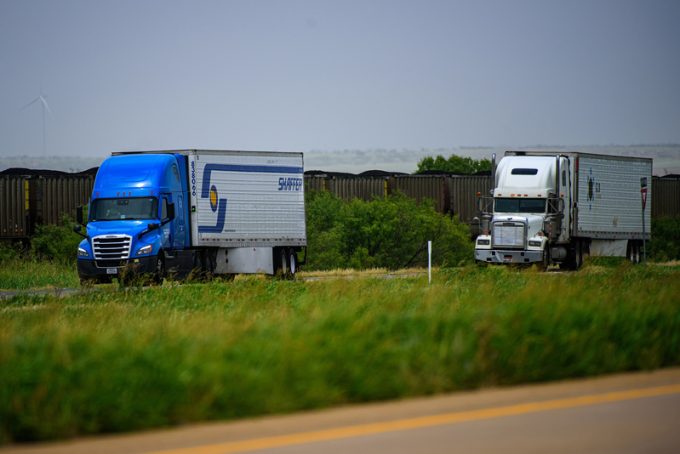 Trucking rates in the US are continuing to climb, with little relief in sight for shippers.

Demand is expected to remain strong through the year, costs for truckers have gone up and recent contracts have shown mid- to high single-digit rate increases.

In Q4 20 spot rates increased in the low double-digit range as capacity continued to tighten, and it will be strained further in the coming months, according to the American Trucking Association (ATA).

ATA chief economist Bob Costello predicts tight capacity throughout the year and into 2022. He expects US GDP to grow in excess of 4% this year.

Some segments are already very busy and close to their limit, he said, pointing to e-commerce, temperature-controlled trucking and the flatbed freight market.

The surge of imports that has clogged up container terminals has been largely attributed to restocking, as retailers scramble to make sure they have sufficient inventory. Pundits and industry executives reckon it will take several months for inventories to reach pre-pandemic levels.

Consumer spending is expected to remain buoyant, at least through the first half of 2021. And truckers are anticipating a second tailwind from a resurgent industrial sector, which lagged retail by a few months in the rebound, said Avery Vise, vice-president trucking at FTR Transportation Intelligence.

If the retail market remains strong, in combination with growing demand for B2B moves it should put additional pressure on trucking capacity and drive up pricing further, he said.

ATA statistics show volumes for last year 3.3% lower than in 2019, but the ATA Index recorded 3.7% growth, year on year, in November, which accelerated to 7.4% in December.

On top of tight capacity and strong demand, the upward pricing pressure is further increased by rising costs for truckers.

Tolls and insurance costs have gone up and diesel prices have crept up again, currently hovering around the $3 per gallon mark.

However, the biggest cost pressure comes from the driver shortage, which is forcing trucking firms to pay more to recruit and retain personnel. In addition to pushing up costs, the shortfall of drivers is also holding back asset deployment, noted Mr Vise.

Arguably the shortage would be even worse but for the number of drivers that lost their jobs last year. According to transport analysts at Broughton Capital, 3,140 trucking firms ceased operations last year, a massive increase on the sector’s 1,100 casualties in 2019.

Unsurprisingly, the fall-out was most pronounced at the height of the Covid-19 induced slump between April and June, when spot rates dropped below levels to sustain trucking operations. More than half the afflicted truckers closed down during that quarter. In May alone, some 16,000 trucks were pulled off the roads.

And small trucking outfits bore the brunt of the troubles. According to Broughton Capital, the companies that ceased operations had, on average, 16 trucks.

These smaller companies and owner-operators make up the vast majority of the US trucking industry. According to the ATA, 91% of US hauliers have six or fewer trucks, and 97% have 20 or fewer in their fleet.