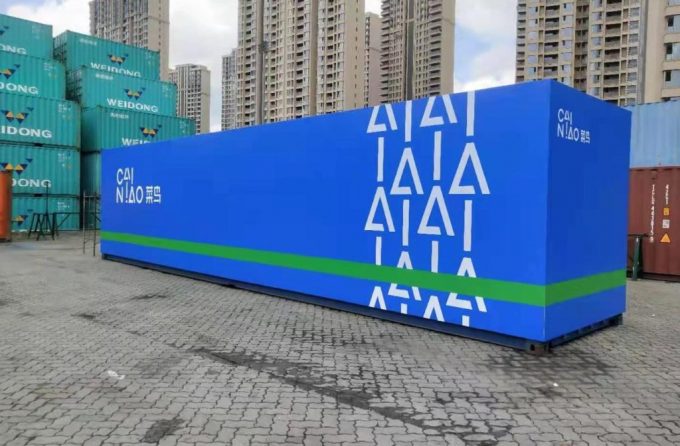 Amid the well-publicised capacity and equipment crunch in container shipping, logistics businesses and shippers have been looking at alternatives like air and rail freight. So it is not surprising that this year, logistics players have been flexing their muscles in the air cargo field.

However, compared with Chinese logistics group SF Express, which set up SF Airlines in 2009, JD and Cainiao are late entrants to the air cargo business. Cainiao having been investing heavily in new infrastructure and transport services since the start of this year.

In May, Cainiao launched its first cargo flight between China and Hungary, with an aircraft carrying up to 17 tonnes of goods from China to Alibaba customers in Hungary every day. Cainiao had said there was strong demand from East European customers for speedy delivery, expecting 30% growth in Alibaba’s sales into the region by the end of the year.

Supplementing its air logistics, Cainiao extended its trucking network to ferry goods from the airport in Budapest to 10 East European countries, collaborating with Hungarian Post and Polish Post, and in August, the company rolled out a direct container shipping service to bring goods to Alibaba’s customers in South Korea. With six weekly sailings, Cainiao claimed it could cut shipping costs by 30% with goods reaching South Korean customers in three to five days.

And in early September, Cainiao launched a parcel locker network in Spain and France, enabling Alibaba’s customers to pick up their packages at their convenience.

According to Cainiao it has agreed to collaborate with the parcel delivery service GLS Spain, which has an extensive network of branches and parcel collection stations throughout the country. Cainiao said the service had been piloted in early August and currently serves around 100 Spanish merchants.