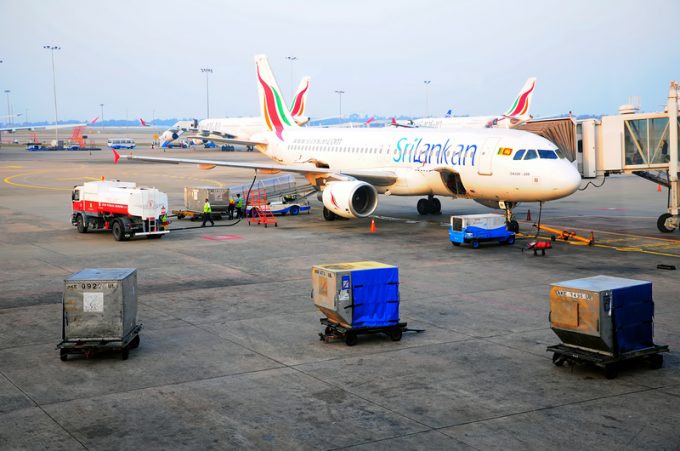 Sri Lanka’s economic crisis and lack of fuel has resulted in airlines cutting capacity to the country and embargoing inbound cargo.

The lack of passengers and fuel, which airlines have to carry for the return journey, have isolated the country as carriers cut capacity or ban imports.

One Sri Lankan forwarder said: “We are getting into a peak in Colombo, as prominent carriers have cut capacity. A severe shortage in jet fuel [means] most carriers were compelled to cut down or halt services to/from Colombo.”

He said Qatar Airways was adding freighter services until 16 July in a bid to mop up some volumes, while Turkish has cancelled all passenger flights until 15 July over jet fuel shortages, but it is operating one freighter every Wednesday.

Emirates has two passenger flights a day, with one coming via the Maldives – where there is also a fuel shortage. The forwarder said Emirates was looking at switching to direct flights, but was concerned about the additional fuel needing to be carried, which would reduce payload.

Etihad and Singapore are operating normally, with four flights a week, while Thai has two flights. Cathay is putting in one freighter a week,. while Sri Lankan Airlines is operating long-haul flights, getting fuel from nearby locations such as South India and returning with a full tank, cutting payloads severely.

“Latest updates confirm that Sri Lankan is having issues with fuel,” noted the forwarder. “Most of the carriers have suspended carrying import cargo into Sri Lanka, instead taking additional fuel. A heavy peak is on for import air cargo from regular areas such as the far east.”

The forwarder said it had been in discussions with carriers such as Qatar, which maybe able to offer capacity on request. There is also a sea-air option via Dubai for North America and Europe, with a transit time of 10 to 12 days, using ocean on the first leg.

The forwarder added that domestic supply chains had been badly affected, and there was a threat of violent civil unrest. However, this week the embattled president said he had appealed to Russia’s Vladimir Putin for help with fuel shortages.