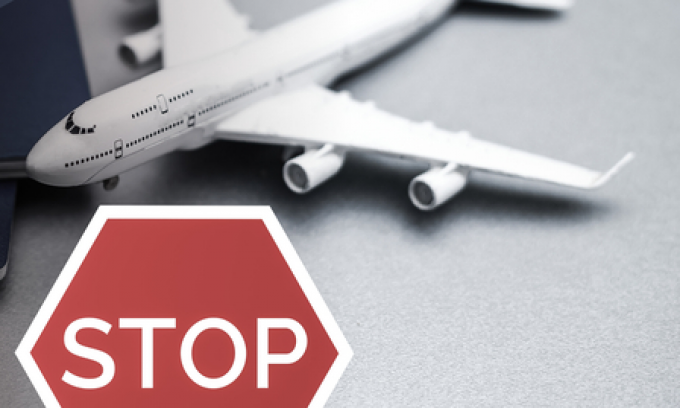 Air freight capacity has indeed shrunk, according to the first data following Russia’s invasion of Ukraine, and the consequent restrictions on Russian and other airlines. North East Asia – Europe capacity has shrunk by up to 22% in the last week, compared with the week before.

Load factors have risen 1.5% and are now at 84%, according to Clive Data Services, while – as expected – rates have risen.

Rates to Europe from Japan, where carriers are pulling capacity from Europe, have risen nearly 15%, to $9.40, while ex-Korea has seen rates rise 13% to $8.60. Even Europe-Asia Pacific, the unfilled backhaul, has seen a 5% hike in rates, with rates from Europe to Japan up 11% and to east China up 6%.

The rises come after a surprisingly low period of demand. One Asian forwarder noted that “demand had been subdued as compared with the peak at the end of 2021”.

A master loader in China added: “There has been a lot of slowdown, even past Chinese new year, especially to the US and EU. Market rates dropped back to pre-Covid low season levels, as low as $3.2/kg to the east coast.”

He added that Chinese airlines are operating normally. “All the cargo we are currently booking is on the three main Chinese airlines, China Southern, China Eastern and Air China. We don’t know whether they will stop these services.

“This means capacity is tight and airfreight rates are climbing.”

There are other expenses too. So far, Cargolux has been the only airline to add a war risk surcharge, a move other airlines are expected to follow, but which has not been popular. One source said: “Cargolux has introduced a war surcharge on its Asia operations, due to extended flying times now that it can’t overfly Russia.

“To be honest, I think it’s a slap in the face for their customers, as air freight rates are still well elevated versus pre-Covid, and are likely to keep going up with AirBridgeCargo capacity removed from the China/HKG-Europe market.”

While an unpopular move, it should be noted that Cargolux is donating €3.5m to humanitarian efforts in Ukraine, with €1m each to Unicef and UNHCR, and €500,000 to Médecins Sans Frontières. A further €1m will be distributed to local organisations in Luxembourg.

Airlines banned from Russian airspace are now flying from China via Kuala Lumpur, Dubai and on to Europe, according to one forwarder, while northbound they are flying via Anchorage. It has added between 1.5 and 2.5 hours to flight times, and reduced payload capacity by some 10% on 777Fs, according to Dorothea von Boxberg, chief executive of Lufthansa Cargo.

The situation is also becoming more complicated as passenger travel has taken some tentative steps to normality, according to a forwarder in Singapore.

“Passenger loads on flights are increasing, this allows less space for cargo on passenger flights, and airlines are reluctant to increase the number of flights till there are more stable passenger loads,” he explained.

In addition, jet fuel price rises have gone up globally 27.5% in the past week alone, with the Americas and Europe seeing hikes of about 32%.

The situation – along with drops in the use of China-Europe rail services – is adding to uncertainty.

“The war in Ukraine is another example of an external event of which the air cargo industry has no control over, but which is having a profound impact, as happened with Covid,” said Niall van de Wouw, managing director of Clive Data Services.

“Whilst we were seeing some clear signs of normality returning, there is still so little slack in the global air cargo system. It is quite unlikely that the trend of slowly declining rates will continue in March. The war in Ukraine caused immediate capacity issues to North East Asia and, therefore, will likely push up rates even more for these particular markets. Air cargo trucking services might also be affected as numerous Ukrainian drivers – which form an important share of the truck drivers in Europe – have decided to go back to their home country.

“A fragile global air cargo supply chain is already sensitive to minor shocks. War in Europe and its resulting sanctions could turn the industry upside down once again, just at the time when the Covid impact was looking more under control. We remain in volatile and uncertain times,” he added.