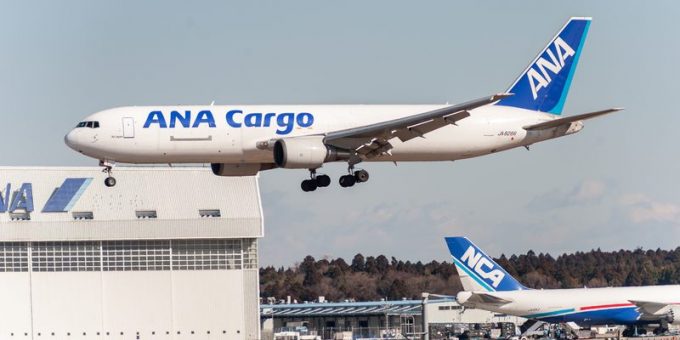 Air freight capacity is plummeting and prices are soaring – but sea-air could help alleviate the problem.

Not only has the US implemented a ban on Russian aircraft, resulting in American carriers being unable to overfly Russia, but some Asian airlines are contemplating stopping operations to the UK and Europe.

Japan’s ANA and JAL told The Loadstar they were awaiting decisions on whether they will continue to fly to Europe and the UK, as their government considers taking steps against Russia which would also restrict their ability to overfly the country. Korean Air has yet to respond.

While Japanese flights are operating normally today and they continue to take bookings, a spokesperson for ANA Cargo said: “We suspect the government may ban Russian airlines. We could fly south, but at the moment we just don’t know, and would need approval to do so. It’s a really uncertain situation.”

JAL Cargo in Europe said it was waiting for information from headquarters.

Forwarders are now struggling to find capacity and wary of booking when flights may be cancelled. One said he would no longer use Cargologicair, the UK freighter operator owned by Volga-Dnepr Group, because of the risk his shipments would be stopped or the aircraft refused entry to the US or Europe.

The US ban states that aircraft cannot fly over or stop in the US” regardless of the state of registry … if [it is] controlled by a Russian citizen.”

“It’s fucked,” said one European forwarder. “And prices are only going one way.

“But it’s not just because of demand versus limited supply, which of course puts prices up. Insurers don’t want to cover some freighter flights, so the insurance premium will go up. Our insurers won’t touch anything going near the Black Sea, which affects not just Ukraine and Russia.

“And then currencies are fluctuating like mad. And fuel prices are going up,” he added. Jet fuel outside the Americas has risen between 3.1% and 6.7% in the past week.

He also noted that carriers were now beginning to implement war surcharges.

Cargolux told customers yesterday: “The current situation in Ukraine and the closure of Russian airspace to EU carriers has resulted in a significant increase in our operational costs and additional complexity in our network. In order to partially offset these additional costs, Cargolux will implement, effective 7 March, a war surcharge on all cargo having origin or destination in Asia.

“This surcharge will be applicable on chargeable weight and will amount to $0.20, €0.18 (or the equivalent in local currency) per kg, respectively. The surcharge will remain in place until Cargolux is able to return to its normal operating pattern.”

The forwarder added wryly: “Remember the pandemic? They were the good old days.”

One Singapore-based forwarder added that higher prices would be passed on to customers.

“Airlines and shipping lines have been monitoring the situation and have informed forwarders that fuel costs are likely to go up. These costs will have to be passed on to forwarders and further down the supply chain. European carriers avoiding Russian airspace have reported that extra fuel has to be carried, thus lowering cargo payloads. The Gulf carriers are currently not facing this issue as their home bases avoid the route European carriers normally take.”

He added that, as a result, sea-air services were likely to see heightened demand.

“Some shippers have requested forwarders explore other options instead of China-EU rail. Multimodal options like sea-air will come in to fill this niche, and likely be a more reliable option compared to rail freight.”

CargoGulf, which offers sea-air services via Dubai, said there were significant benefits. Hans-Henrik Nielsen, global development director for CargoGulf, told The Loadstar: “With the geopolitical situation evolving, a significant number of air cargo operators have ceased flights from Asia to Europe, UK and US. This will put unprecedented pressure on air freight rates (which are already at record highs).

“CargoGulf has created a Euro/US forwarder-friendly sea-air product via Dubai, which will offset a lot of the cost impact from the geopolitical developments. It is easy to use – you don’t even need to have joint agents at origin or in Dubai – we will do it all for you.”

He added: “And the best part? We control space and equipment via our long-term charter parties between Asia and Dubai – there are five different services Asia-Dubai. We do not have to guess or hope that we can get space. We guarantee space.” Prices range from between $4 and $5.50 per kg.