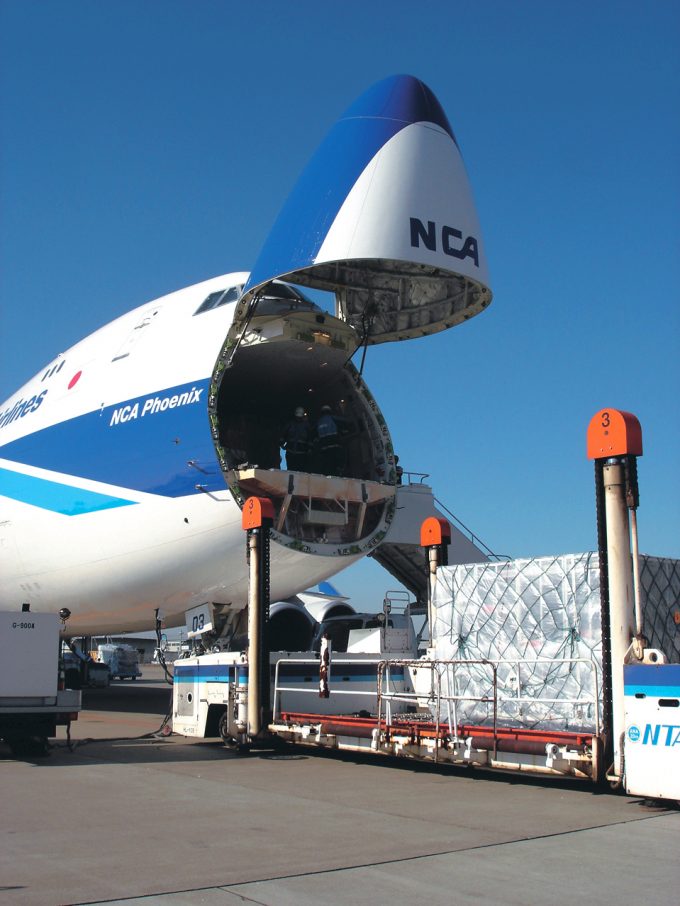 Nippon Cargo Airlines (NCA) has added a Canadian destination to its network – thanks to its alignment with Atlas Air.

The Japanese carrier is routing one of its Chicago-Tokyo flights over Edmonton instead of Anchorage, which enables the airline to pick up cargo for its home market from Alberta. In the main, this is prime pork, which sells in a specialty restaurant in Tokyo, said Shawn McWhorter, president of NCA Americas.

The routing is the result of an agreement NCA struck with Atlas Air in December, under which the US ACMI provider operates one of NCA’s B747-400Fs on behalf of the all-cargo carrier.

According to Mr McWhorter, this is not a conventional crew, maintenance & insurance (CMI) arrangement, but more complex, with a greater element of partnership and flexibility.

“We can use Atlas’s flexibility,” Mr McWhorter said. “We have good service but we lack network flexibility. We can’t pick up an aircraft and fly where we need to go to pick up additional business.

“This agreement opens up new opportunities for us. We can re-route flights on a short-term basis.”

In recent years, ad hoc charter business has become a strategic focal point for NCA. It budgets for some charter activity and has extended scheduled down times at major gateways like Tokyo and Chicago to allow for greater flexibility to respond to such opportunities.

The arrangement with Atlas Air expands this capability, said Mr McWhorter, “We can use this to target business like Edmonton and Seattle”.

Edmonton is the second point in North America where NCA uses the Atlas deal. For some time it has been routing another Chicago-Tokyo freighter through Seattle to pick up freight from the Pacific North-west to Japan. In some cases this has contributed more than 50% of the payload on the aircraft to Tokyo.

“It really improves the utilisation of the asset,” Mr McWhorter said.

When the carriers signed the agreement in December, they mentioned “an opportunity for additional aircraft in the future”. So far, no firm steps have been taken, but Mr McWhorter reckons the partnership “could grow into something much bigger”.

In March, NCA cancelled an order for two outstanding 747-8 freighters.

“When we placed the order, years ago, our intention was to replace our 747-400 fleet. But the market has decided we don’t need that much capacity,” Mr McWhorter said.

Meanwhile, Atlas has built up its involvement with Asian carriers. In February it began an agreement with Asiana to fly one 747-400F for the Korean carrier, initially on transpacific routes. And in May, Cathay Pacific signed up for two Atlas Air 747-8Fs to supplement its freighter fleet.

Last week, Hong Kong Air Cargo announced it would lease three 747-400Fs from Atlas Air. The first will start operations next month between Asia and the US. The carrier is a subsidiary of Hong Kong Airlines, but only secured its AOC in April.

With demand for freighter capacity rising as forwarders brace for a strong peak season, the idea of taking advantage of short-term needs may look tempting to Atlas at the moment, but the prospect of assuming a larger role for Asian heavyweights like NCA or Cathay with a strategic tie-in may be more alluring for the longer term.

And for carriers looking to reduce their risk without retreating from maindeck opportunities, such alignments also seem more promising.