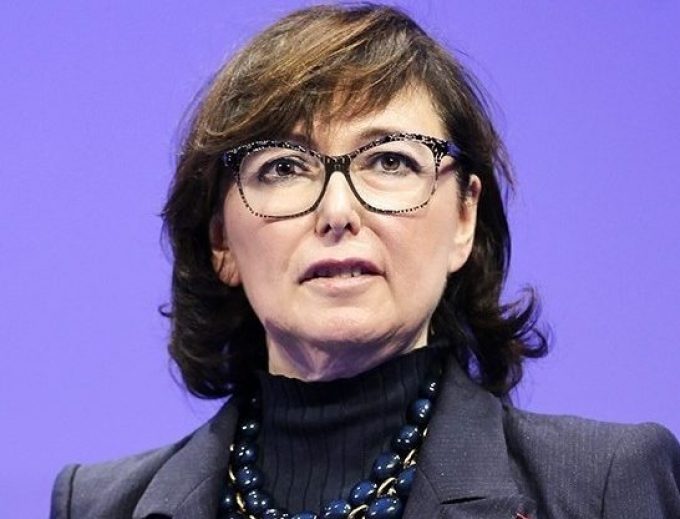 Women need to exert more energy and effort and take more risks if they are to rise to the top in business, says Geodis CEO Marie-Christine Lombard.

At the Women’s Forum for Economy and Society this morning, Ms Lombard said she had faced hostility from colleagues as she rose to become a chief executive.

“I didn’t have a glass ceiling – quite clearly – but at 33, I was already number-two [at Jet Services Group], and was number-one by the time I was 38.”

Jet was bought by TNT and she became the express company’s group MD.

She said: “At that time I encountered quite some hostility and jealousy from colleagues. It would have been different if I’d been a man. It’s not a glass ceiling, it’s the energy and effort you need to exert.

“How do you counter that? You need to find partners and allies; you need to know yourself so you can face this hostility, or questions of ability; and you need to exert more energy.”

She added: “If you want to succeed you have to take greater risks than men.”

As an example, she said, she was working at BNP Paribas and “went to work for a mid-sized company in logistics, everybody thought I was mad. I thought there was an opportunity in that sector to develop further”.

Ms Lombard warned that there had been plenty of examples of civilisations taking a step backwards when it comes to women.

“There is always a risk, and you can’t take for granted where we are today.”

One of the challenges now, she says, is working from home because of Covid-19.

“I am totally against it. It’s isolating, and destroys the value of working collectively. There is a huge danger that women will be more impacted. You lose creativity and inspiration – we need to be extremely careful that this does not become the norm.”

Data shows that women are more likely to have reduced their working hours than men during lockdowns, threatening their place in the boardroom.

Ms Lombard has put her money where her mouth is: Geodis today announced it had partnered with Bureau Veritas to obtain the GEEIS (Gender Equality European & International Standard) designation, and will establish common gender equality and diversity in workplace standards, including pay, the advancement of women, skills development and diversity.

Currently in France, women in management with the same roles and experience as men receive 10% less in pay, and only 20% of executives are women.

Under the agreement, Geodis will have its practices audited for a three-month period across 12 of the countries in which the group operates, starting in 2021 with France, England, Germany and Italy. It will continue in 2022 in Canada, Mexico, the Netherlands, Australia and then Morocco, the US, Poland and Singapore in 2023.

Geodis has also signed the G20 EMPOWER Alliance pledge, supporting the advancement of women in the private sector.

Ms Lombard advised women to “know your unique talents and leverage them. Know what you are excellent at. Don’t be afraid of going forward, take opportunities and risks. As leaders, there are more risks for women than men. You need to find people that are inspiring; choose who you are going to work for.”

While Ms Lombard had thought there were better opportunities for her in logistics, as compared to banking, there is still much work to be done. This week, for example, Tiaca announced that yet another man was joining its 13-strong all-male board. And this follows a similar announcement from SkyTeam Cargo – and others.

Agnès Pannier-Runacher, the French minister delegate for industry, added at the Forum that ensuring women rose to the top was not just about inclusiveness or equality, it was about companies performing better.