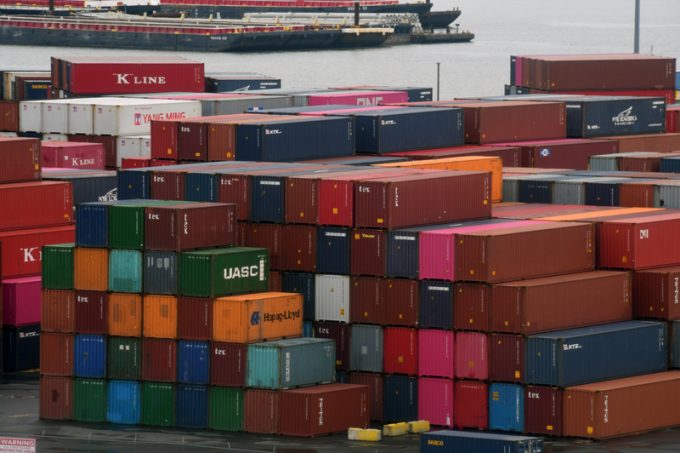 The wave of imports that has overwhelmed Los Angeles and Long Beach has spread to other gateways, causing delays and higher costs for importers.

The port of Oakland reported a 10.4% year-on-year rise in imports in October, which the port authority attributed to continuing strong consumer demand and retailers’ efforts to re-stock inventories.

Further up the coast, the Northwest Seaports Alliance of the ports of Seattle and Tacoma experienced a 4.7% rebound in import containers over its tally for November 2019.

“Shipper demand during peak season remained very strong and is forecast to remain so at least through the end of the year,” the alliance commented.

The increased import volume has also strained rail capacity out of the port complex, leading to higher pricing. In late October, Union Pacific raised its surcharge on small shippers’ cargo in excess of their contracted volumes out of Seattle to $1,000.

And at the opposite end of the continent, rail equipment is also in short supply. At Port Elizabeth, New Jersey terminal operator APM informed customers in late October it was working with CSX to move in more rail capacity, adding that the rail company was “stretched”.

Imports at the port complex of New York/New Jersey in October were up in the double-digit range on a year ago and nearly 10% stronger than in September.

According to a report in the Journal of Commerce, ports on the US east and Gulf coasts saw double-digit jumps in imports from Asia from September to October, whereas the momentum at Long Beach and Los Angeles slowed to single-digit increases.

There have been suggestions that the nation’s largest port complex may be running out of steam, with volumes sinking to 2019 levels. However, Los Angeles handled record container volumes in October, with imports up 29% year on year.

The port authority remains bullish on the coming months. Executive Gene Seroka said early indications suggested Los Angeles may approach 900,000 teu ithis month, which would be 23% up over last November.

Importers, truckers and rail operators are hardly thrilled by this prospect, as it augurs further congestion and delays. According to Mr Seroka, container dwell time on LA terminals doubled during this import surge to five days.

One measure of the mounting frustration is the fact that a coalition of stakeholders, led by the Harbor Trucking Association, has urged the Federal Maritime Commission to consider the immediate suspension of detention and demurrage fees in Los Angeles and Long Beach, after terminal operators and shipping lines rejected their call for a waiver. The coalition has indicated that it may call for an update of shipping legislation next year.

Meanwhile, Los Angeles has been trying to mitigate the impact of the congestion. On Thursday, Mr Seroka announced a platform for truckers to see where and when they can return empty containers, which should help them align returns with the pick-up of loaded import containers better. Lack of opportunities for dual transactions has been one of the bugbears of the trucking community in recent months.

The platform follows the launch of The Signal in early September, a port service that provides users with a dashboard view of how many shipments will be arriving over the next three weeks. This includes a breakdown by container type and whether the shipment will be moved by rail or truck.

The port is also looking to move chassis off the marine terminals to a neutral site, which could open up 50-80 acres of space at the LA waterfront, Mr Seroka said.

Some parties, such as the National Retail Federation, predict the import surge is about to tail off, but other voices have suggested that it may last until the lunar new year holiday in February. With intermodal volumes going strong and both rail and trucking providers stretched, importers will be grateful for any relief they can find.