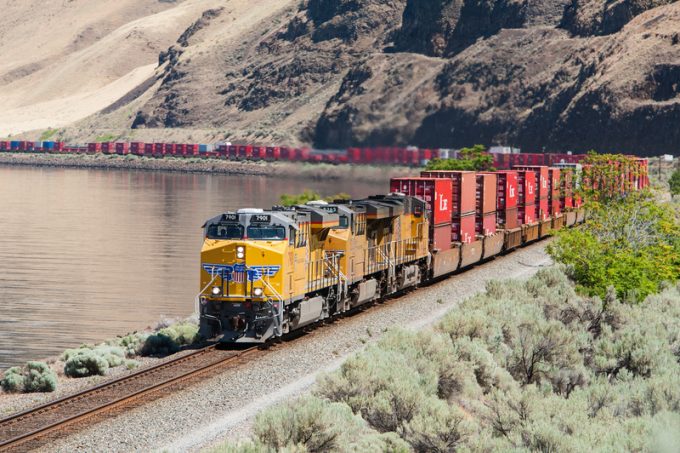 Two activist investment groups have proposed investor resolutions at UP and Norfolk Southern (NS), calling on them to offer paid sick leave as a standard benefit.

This was the issue that separated the carriers and unions in recent contract negotiations and threatened to precipitate a strike.

Trillium Asset Management has filed a proposal with UP, while Impact Shares, an exchange-traded fund, is pushing for this at NS.

Both belong to the Interfaith Center on Corporate Responsibility, a coalition of shareholder advocates calling for social change, and they argue that this is in the interest of shareholders.

“We believe paid sick leave to be essential to protecting and maintaining one of a company’s – and the economy’s – most important assets: workers,” said Marvin Owens, chief engagement officer of Impact Shares. “Paid sick leave should not be seen by companies as an expense, but as a prudent investment – an insurance policy that will promote a strong workforce and, by extension, a healthy economy.”

Lee Klaskow, senior transport and logistics analyst at Bloomberg, says these investors are relatively small, but their push could have impact if more investors followed suit.

He said shippers with a stronger focus on sustainability were considering increased use of intermodal transport to reduce carbon footprints, which should benefit the rail industry, but this could be dented by negative perceptions of its sustainability credentials in social terms.

He believes the railways learned a lesson from the pandemic, shown by their reaction to the initial drop in traffic with furloughs they subsequently could not redress, as volumes surged and they found themselves serious short of personnel.

So, was the move by Congress to avert a rail strike by cementing contract terms rejected by some of the unions a pyrrhic victory for the rail companies?

Satisfaction at the boards of the US rail carriers, over the imposition of contract terms brokered by the presidential emergency board but rejected by four of the 12 rail unions, did not last long.

Carriers now also face vocal criticism that their cost-cutting measures compromised service levels, while Union Pacific’s (UP) use of embargoes is being blamed for service disruptions.

During his company’s investor day on 6 December, NS CEO Alan Shaw acknowledged that the staff cutbacks had taken a toll on service level.

“When the time came to rebuild our ranks and recall furloughed employees, we couldn’t get enough people and, frankly, two years later, we still have about 25% of our crew locations understaffed,” he said.

NS management signalled last week it intended to use alternatives to furloughs when faced with downturns in the future.

Over the past decade, the railways trimmed their head count by 28%, which critics called excessive and it was blamed for the deterioration in service. Shippers have been vocal in their dissatisfaction with railway performance. At a hearing in April, representatives of the grain industry said transit times from the midwest to the west coast had doubled, resulting in estimated revenue losses of $100m for grain shippers.

The Surface Transportation Board (STB) has summoned the UP top brass to Washington for a two-day hearing on Tuesday and Wednesday to justify the use of embargoes to manage disruptions, which has gone up from five in 2017 to more than 1,000 this year. The STB finds the rise in embargoes at UP “disturbing”.

As the railway carries nearly 27% of US rail freight and nearly 11% of all US long-distance freight volume, disruptions in service “have a significant detrimental impact on the supply chain and the nation’s economy,” said the STB.

Service issues have eaten into railway business. Some shippers, such as potato exporters from Washington state, have cut down their use of rail, because of service issues, and embraced trucking instead. Arguably, the rail carriers could have gained significant business over the past couple of years, with trucking capacity stretched, but could not because of their own service problems.

These problems have been blamed by many on the rail carriers’ pursuit of ‘precision scheduled railroading’, which has been characterised by massive cuts in equipment and staffing to bring down operating ratios. Mr Klaskow said while they had to shoulder some of the blame, the problems were not entirely their own doing; supply chain shocks, volume swings and furloughs have been factors.

He does not expect a sea change in their strategy as a result of the headwinds they are now facing, but said there was movement, notably on avoiding major furloughs and creating more flexibility in their networks.

He also sees some recalibration of the yardsticks for success, adding: “We will see more of the railroads not myopically focus on operating ratio.”