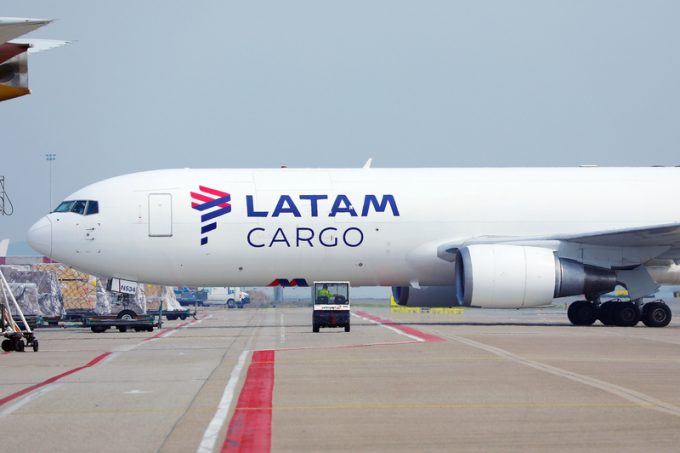 Latin America’s largest cargo carrier is going for a massive expansion of its freighter fleet.

Over the next three years, LATAM Cargo will add up to eight 767-300ER converted freighter aircraft to its line-up.

In a deal with Boeing announced this week, the airline will have four 767-300s converted into all-cargo configuration by next year, and it has signed up for four more options, slated to enter service in 2023.

“If we take all eight, which we are likely going to do, it is the largest expansion of the freighter fleet in our history,” said LATAM Cargo CEO Andrés Bianchi.

LATAM currently has 11 B767 freighters in service and the full expansion would bring its fleet to 19 B767 all-cargo planes, an increase of 80%.

The first four aircraft will chiefly reinforce the carrier’s current network, strengthening its intra-American routes, including some domestic sectors where e-commerce has been going strong.

Transatlantic capacity will see some increase, and management is also interested in boosting its footprint in the US, currently just Miami as far as freighter operations are concerned. A possible scenario is a resumption of freighter services to Chicago, a major route for interline traffic to and from Asia that was suspended in the wake of Covid-induced cutbacks.

Stronger-than-anticipated demand has been one factor behind the decision to expand the freighter fleet earlier than planned. Outbound traffic to North America and Europe has remained robust, although exports to Asia have taken a hit over the past year.

Inbound volumes, critical because of the higher yields they typically generate, have been a positive surprise, developing stronger than projected, Mr Bianchi said. Behind this has been the rise of e-commerce flows from Asia, Europe and North America to the region, which is expected to continue.

This is another reason for the freighter fleet expansion, as the 767 is well suited to carrying this traffic, he added.

While import volumes have fallen short of pre-pandemic levels, yields have been strengthened by the shortage of belly capacity. LATAM’s own international passenger operations were recovering at a good clip last year, but were hit by the second wave of Covid-19 in Latin America, which forced the suspension of some routes, Mr Bianchi said.

Avianca, the region’s second-largest cargo carrier, announced on 1 March it would suspend 24 international routes, including service from Bogota to Los Angeles, Washington, London and Barcelona, and from Medellin and Cali to Madrid.

LATAM tries to compensate for lost cargo capacity when passenger routes are suspended. The airline has operated a large number of cargo missions with passenger equipment, and at the height of the rush to bring PPE shipments to Latin America, up to 70% of its widebody passenger planes were used.

The economics of running these cargo flights with passenger widebodies are more challenging than using freighters. Moreover, yields in Latin America have not been as strong as on routes from Asia to Europe and North America, as the perishables that make up the bulk of Latin American exports cannot absorb such large rate increases.

“We review the performance of every passenger freighter flight we do,” Mr Bianchi said. “A lot are pretty marginal, from a results perspective, but we keep them flying because we understand that, for our customers, it’s critical. We view this as kind of support to key industries to keep them flying, kind of an investment to keep those industries going.”

Diminished passenger traffic has a silver lining, in as much as it frees-up 767s earlier than anticipated and these are good candidates for conversion, having been selected at the time of purchase with future use for cargo in mind. The airframes and engines are well suited for their second role in the LATAM fleet, Mr Bianchi exxplained.

The 80% boost to the cargo line-up is a strong signal to the market that LATAM’s freighter fleet is here to stay, he said. When the airline sold its four 777-200 freighters, it raised questions about a possible withdrawal from all-cargo operations, he recalled.

“We let the 777 go because it does not fit our network,” he said. “The 767 does fit – we can push it on the longhaul side and, if needed, it can also be deployed in domestic markets.”