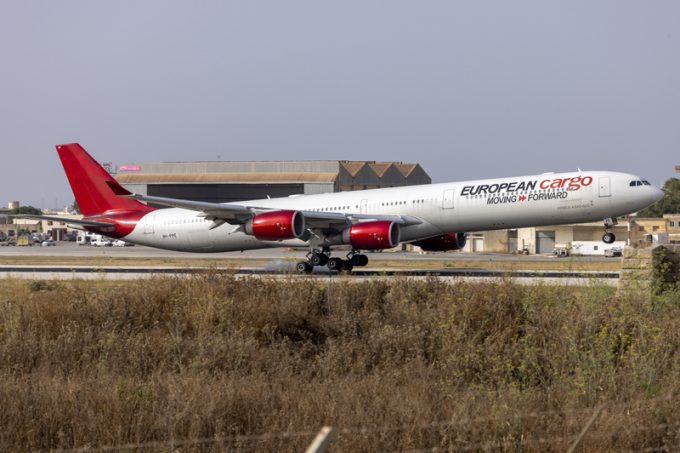 A new long-term plan via a government national strategy will be crucial in delivering growth and meeting future challenges in the UK’s regional air cargo sector – although a Brexit-related January deadline could derail the industry.

Regional City & Airports (RCA) reported solid freight volumes during the pandemic at its manged airports in Norwich, Bournemouth and Exeter in the UK. The emphasis now is on the government’s recently published Future Freight Plan developed in partnership with the wider industry.

The new plan, published in July, tackles the future challenges of the freight sector as a whole to ensure it remains cost efficient, resilient and valued by the freight community.

He said the plans included a focus on raising the status of freight and embedding a multimodal approach to freight across government. “This is welcome, as is the transition to net zero as a priority area, which is something in which RCA is actively engaged. The plan, as it acknowledges, is just a starting point and the challenge for industry and government now is to deliver on its ambitions.”

Beyond the wider strategy there are some more immediate concerns. For instance, Mr Gill mentioned a potential threat to the UK’s perishable goods capacity posed by questions over the future of Doncaster Sheffield Airport where a strategic review over the viability of aviation operations is currently underway.

UK prime minister Liz Truss has been asked to investigate the issue and was quoted by local media saying she will “protect” the future of the airport. Doncaster Sheffield airport said it will make no further statements until the findings of the strategic review are announced, expected at the end of September.

RCA is also concerned about the looming deadline for transitioning EASA approvals and licenses to their UK CAA equivalents by the end of the year. Mr Gill reckons this could cause a regulatory crunch when the industry least needs it, so some flexibility may be required.

From 1 January 2023, the UK will no longer be able to recognise EASA-issued certificates, approvals and licences for the operations and/or maintenance of UK registered aircraft.

To hear more about why the 31 December Brexit deadline could “devastate” UK aviation, listen to this clip of Paul Stoddart, chairman of European Cargo, on The Loadstar Podcast.

However, Mr Gill sees plenty of opportunity for regional airports cargo wise. RCA’s main cargo operation, Cargo First, is based at Bournemouth Airport where the principal focus is on easing some of the chronic overcrowding in the London airport system by offering an alternative to the major hub airports.

Exeter Airport has a long partnership with the Royal Mail as a gateway to and from the southwest of England. Mr Gill added: “Here we are involved in government-backed trials of electric-hybrid aircraft on regional routes which could have real potential for the UK’s regional air cargo market.”

The UK Department of Transport has identified in its Future Freight Plan the value that regional airports bring to the four nations of the UK for freight movements; from Birmingham Airport to Belfast International which hosts the important nightly Royal Mail operations. In Scotland, the air freight network is used extensively for time-sensitive critical goods such as supplies to the islands.

Other airports, like Bournemouth Airport, are diversifying their operations to facilitate more trade by expanding their cargo operation.

Demand for e-commerce shows no sign of abating and regional airports are hungry for a greater slice of the pie. Figures from RCA show that more than 80% of UK air freight is handled by just three airports, so Mr Gill believes there is huge scope for more commercial and operational flexibility across the sector.

From the RCA viewpoint, the market is very buoyant,  Mr Gill stated. “E-commerce remains on a growth trajectory despite some of the lower manufacturing activity that we have seen in Asia in particular. We think that continues to be a real opportunity for regional airports especially when it comes to express delivery of high value and time critical items.”