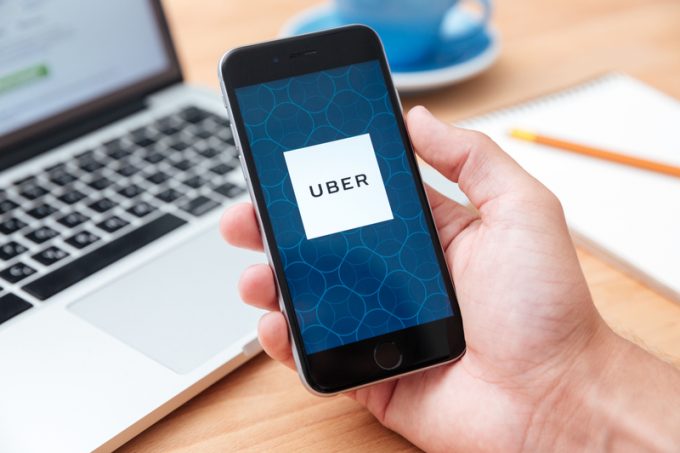 Uber is turning up the heat in the online grocery delivery sector.

Its acquisition of a majority stake in Cornershop comes days after rival DoorDash announced a tie-in with Mercato – and meanwhile, Uber Freight is continuing its international expansion with a push into Canada.

Chile-based Cornershop is a leading express delivery service for online grocery orders in its home market as well as in Mexico, Peru and Toronto. The takeover is expected to close early next year.

Uber chief executive Dara Khosrowshahi described the acquisition as “a piece of an over-arching strategy” in the final mile and transport arena.

“Whether it’s getting a ride, ordering food from your favourite restaurant or, soon, getting groceries delivered, we want Uber to be the operating system for your everyday life,” he said.

For Cornershop, “Uber is the perfect partner as we embark on our quest to bring our unique flavour of on-demand groceries from incredible retail partners to many more countries around the world,” said founder and chief executive Oskar Hjertonsson.

Uber’s move comes a month after DoorDash teamed up with e-commerce platform Mercato to provide same-day delivery of online grocery orders. Mercato serves some 750 independent grocers and speciality stores in 22 states in the US. They said their alignment aims to help smaller, locally owned grocery businesses compete with larger firms.

“They’re going after DoorDash,” she said, “both are expanding like crazy.”

They are chasing a rapidly growing market segment. According to Statista, a market data portal, the global online grocery business will balloon to $150bn by 2025.

It is also fiercely contested. Walmart tried to acquire Cornershop for $225m last year, but the deal was blocked by Mexican officials. Ms Roberson noted that Walmart’s e-commerce business grew about 40% last year, with groceries one of the major drivers.

In a somewhat ironic twist, Walmart announced the expansion of its partnership with Cornershop in Toronto from five to 14 stores the day before the Uber-Cornershop marriage was made public.

Walmart had worked with Uber for final-mile deliveries, but the platform’s decision earlier this year to shutter its UberRUSH service put an end to their co-operation in New York, San Francisco and Chicago.

Meanwhile, Amazon is also on the prowl. Late last month, it announced it was scrapping the $14.99 fee on free grocery deliveries for users of its Prime subscription package, describing online grocery deliveries as one of its fastest-growing businesses.

Ms Roberson said the sector was highly fragmented and very competitive, and while operators had reported impressive revenue gains, none had declared a profit so far, she noted.

She expects to see fall-out in the segment, adding that “it looks like DoorDash and Uber are the ones in the lead”.

She sees promising synergies between home deliveries of meals and groceries, pointing out that grocery stores increasingly offer hot meals and meal kits. Last year, Uber’s Mr Khosrowshahi described grocery as fundamental for his company and an adjacent business to its restaurant delivery platform.

The Cornershop acquisition should help Uber with its expansion in Canada, Ms Roberson said. The platform’s footprint there is set to increase massively with its move into Canada’s C$68bn trucking market. On October 30, it announced that Uber Freight would be expanding into Canada and management has signalled that it expects a more or less repeat of its experiences in the US market.

Earlier this year, Uber Freight set up in Germany, the Netherlands and Poland to establish a European presence.

“They think their platform is easy to adapt around the world, so it should be easy to expand internationally,” said Ms Roberson.

Uber claims its freight arm’s share of the US market has been growing rapidly. Revenue was up 81% in the third quarter to $223m. However, losses also increased, with ebitda down 161%, resulting in a Freight loss of $81m for the period. The expansion will drive up revenue, but whether it can lift profits is a different question.

Overall, Uber suffered a $1.2bn loss in the period, on adjusted net revenue of $3.5bn. Management is targeting profitability for 2021, but as investors show signs of losing patience, the breathing room for expansion in logistics may be getting tighter.