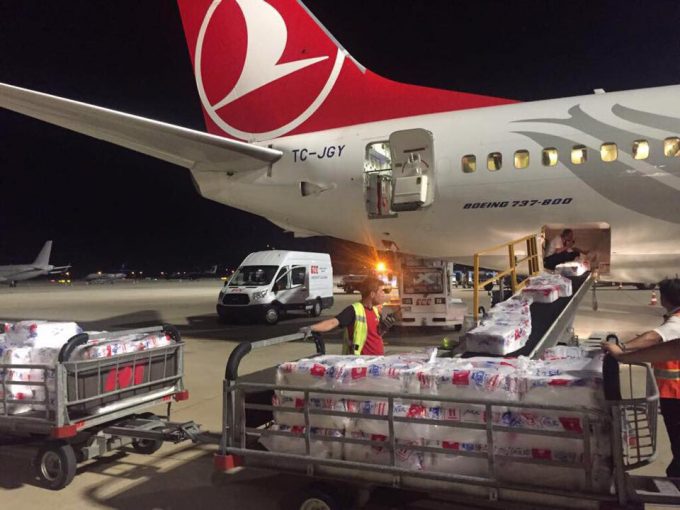 Turkish Cargo, providing service to 124 countries around the world as one of the fastest growing air cargo brands, moved its operations at the Guarulhos International Airport in Sao Paulo, the capital of the identically-named Brazilian state and the most densely populated city in South America, to the Viracopos International Airport (VCP), located near the major trade and technology hub Campinas.

The city of Campinas, which is considered Brazil’s scientific, technological and industrial development center also drew the attention of Turkish Cargo with its good infrastructure.

Turkish Cargo flights to Sao Paulo’s Campinas are carried out by Boeing 747 and 777 freighters.

Sao Paulo is especially known for its exports of dried milk, vitamin pills, fruits and vegetables, poultry products, unprocessed leather, automobiles and spare parts to Asia and the Middle East.

Turkish Cargo has also decided to increase its capacity in Vietnam after an initial presence in capital Hanoi since 2015, adding the country’s biggest city Ho Chi Minh (SNG) to its flight network.

Flights to Ho Chi Minh, which has a high export potential and a significant cargo traffic with the European market, are carried out by wide-bodied Boeing 777F freighters.

Achieving a sustainable growth with its newly-launched destinations, current infrastructure and investments, Turkish Cargo keeps enhancing its capacity in more than 300 destinations included in its current flight network.

To view the flight schedules and details please visit www.turkishcargo.com.tr, or contact with the call center at +90 850 333 0 777.

Two new cargo services are to launch in the UK. Turkish Cargo has launched freighter operations ...