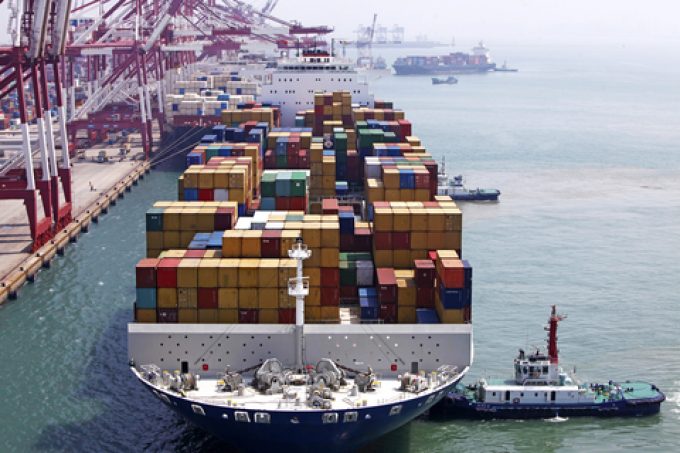 Container spot rates are tumbling – and there are no signs of the usual pre-peak season turbo boost.

Drewry’s WCI index was a sea of red this week; its composite index shed another 3% for a year-on-year decline of 16%.

“Not only are rates continuing downwards, but they are also failing to exhibit the beginning of the seasonal uptick we see under normal circumstances,” said Lars Jensen, CEO of Vespucci Maritime.

The analyst said the continued decline in spot rates on the Asia-Europe and transpacific tradelanes implied “that the balance between supply and demand in these key trades is markedly worse than what we normally see at this point of the year”.

The North Europe component of the WCI declined 4% this week, to $9,240 per 40ft, but would, arguably, have dropped significantly more but for the chronic congestion at North European hub ports which is causing carriers to blank a number of westbound sailings next month.

However, since the start of the year, the gradual weekly erosion of short-term rates on the route has left this week’s reading some 24% down year on year, with some carriers discounting at substantially higher levels.

Meanwhile, on the transpacific, spot rates are also falling rapidly as demand softens.

“If underlying transpacific demand has eroded significantly enough, we could expect rates to continue to fall even as we move deeper into the traditional peak season,” said Judah Levine, head of research at Freightos.

The collapse in transpacific short-term rates was reflected in the new Shifex index, published by the Shifl supply chain freight platform. Its US west coast component dipped below $7,000 this week, to an average of $6,521 per 40ft.

“With demand cooling from both the consumer and retailer segments, it is little surprise that ocean freight spot rates between China and North America are seeing new lows this year,” said Shabsie Levy, CEO and founder of Shifl.

“Consumer retail expenditure seems to be at a tipping point, inevitably reducing total volumes getting ashore. We expect this to push prices further down,” said Mr Levy.

Ocean carriers are adopting aggressive blanking strategies to mitigate the impact of the cargo downturn.

Indeed, the 2M added to an already extensive cancelled services list yesterday when it decided to void the sailing of the 11,078 teu Georg Maersk from China on 10 July on the alliance’s TP2/Jaguar loop between Asia and the US west coast.