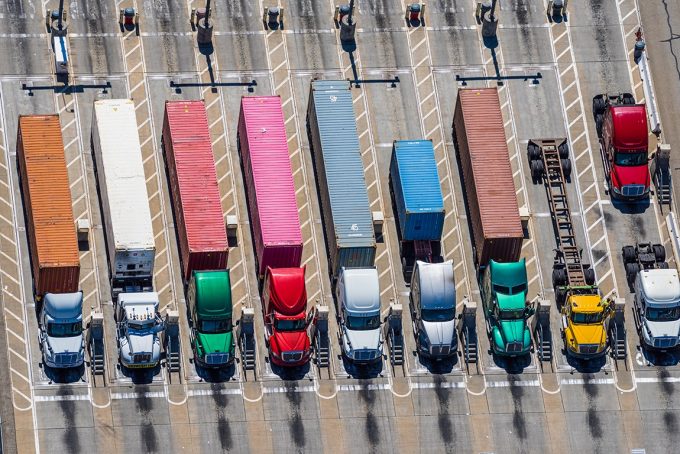 Despite some pundits suggesting the US trucking market should have bottomed out, the outlook remains gloomy – possibly until the end of next year.

The Cowen/AFS Freight Index, released on 17 January, warned that 2023 would be a tough year for truckload operators, citing cost increases driven by inflation, elevated fuel costs and downward pressure on rates, as shippers enjoy pricing power.

“Truckload is typically sensitive to macroeconomic headwinds,” said Tom Nightingale, CEO of AFS Logistics. And freight transport consulting firm FTR warned indicators suggested the market would not return to positive conditions before the end of next year.

“The outlook for trucking conditions has changed little, and we still do not forecast any positive readings for the Trucking Conditions Index until late 2024,” said Avery Vise, FTR VP of trucking.

“The recent deceleration in consumer inflation certainly is a positive development, but we do not anticipate that will lead to any meaningful increase in consumption. The industrial sector remains sluggish.

“Improved automotive output remains an upside possibility, but only if vehicle sales improve and the supply chain remains stable. Slowing trucking job growth and carrier creation, coupled with a surge in carrier failures, likely mean the industry is starting to lose driver capacity.”

The truckload sector has been on a long downward slope. According to Crane Worldwide Logistics, demand in the spot market was down 40% year on year through mid-November, whereas spot capacity climbed 75% over the period to its highest level since the first quarter of 2020.

In November, ACT Research warned spot rates were dipping below costs. According to American Trucking Associations, tonnage in November showed the largest single monthly decrease since the start of the pandemic.

And December brought no relief. The last Cass Freight Index for the month shows a 3.9% year-on-year decline in shipments for the month.

“With retail sales broadly growing in line with inflation, it’s clear that peak holiday shipping volumes were flattish, in real terms, versus a year ago,” said ACT Research VP and senior analyst Tim Denoyer, who authored the Cass report for the month.

The Cowen/AFS Freight Index shows a 13.7% year-on-year drop in truckload volumes for the fourth quarter, while overall miles per shipment sank 2.5% from the third quarter and linehaul cost per shipment was up 1.5%, year on year.

For Q1 this year, the index projects a 2.1% slip in truckload rates per mile from Q4 22, owing to macroeconomic conditions. This should translate into a year-on-year drop of 11.6%.

National average per-mile linehaul rates in all truckload segments – dry van, reefer and flatbed – from 8 to 14 January fell, and load-to-truck ratios also declined across the board.

One worrying signal adding to the mix of dismal indicators is the inventory level component of the Logistics Manager’s Index, which rose from 54.8 in November to 57.3 the following month, indicating that inventory growth accelerated for the first time since the summer. A value over 50 marks expansion. The authors warned that this augured an erosion in demand, hurting retailers’ efforts to whittle down their high inventory levels.

Developments at Walmart appear to bear this out. The retailer has discounted aggressively to reduce stock, but still reported ‘inventory ageing’ issues towards the end of last year.

Thus, faced with a dismal outlook, truckers are scaling back investment plans. Preliminary orders for Class 8 trucks declined for the third straight month in December.