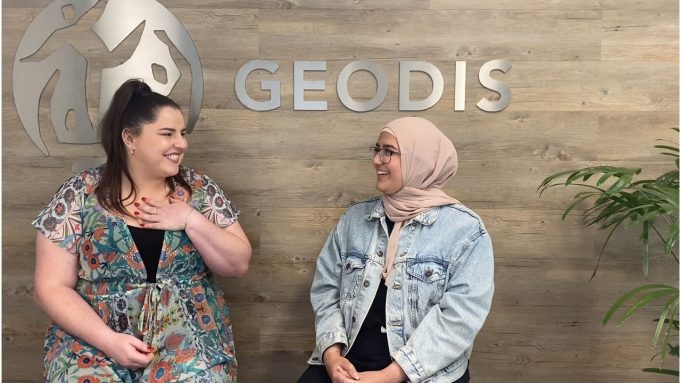 It’s International Women’s Day (IWD), and The Loadstar’s inbox and social media channels are full of stories of women in logistics.

“Let’s focus on one of ‘them’”, say companies excitedly, publishing an image of a female staff member in a hi-vis jacket, seeing a chance for marketing opportunities, a chance to jump on the bandwagon. (“We employ women! Even in the warehouse!”)

A gender-washing, if you will (or ‘pink it and shrink it’, as ‘gender-diverse’ marketing is known in retail).

But among all the noise and nonsense are several initiatives that will actually make a difference; and that’s the aim.

IWD doesn’t exist to celebrate an industry that has managed to achieve paltry results on this score: just 13% of senior leadership roles are held by women in logistics. The day should be used instead to affect change.

Such as this: this morning, consultancy Change Horizon and specialist logistics PR company Meantime Communications launched a platform to support the industry’s (inevitable) change and to promote gender equality.

The platform will: provide a public database of highly qualified women who could become board members or speak at events (still a shameful area in this industry); provide help in setting up forums, both locally and globally; establish a knowledge centre; and push for progress in broader diversity and inclusion metrics across the industry.

And the pair are appealing to businesses, associations and individuals of any gender to sign up to its Women in Aviation and Logistics Pledge.

“We have been talking about this for far too long, it is time to take action,” said Emma Murray, founder and CEO of Meantime Communications. “We want the pledge to kick-start a movement for change, which will benefit us all, transforming air cargo into the diverse industry it should already be, and encouraging and attracting the next generation of air cargo leaders.” 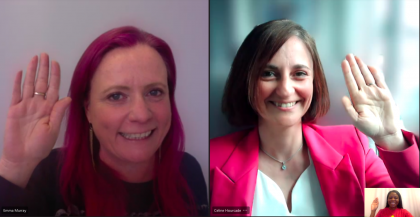 Founder and MD of Change Horizon Céline Hourcade added: “There are still too few women in decision-making roles, speaking at, or even attending, industry events. We have outstanding female professionals in this industry and their distinct, expert voices must be elevated through gender parity.”

The programme will launch via a webinar this month.

Ms Hourcade noted: “The benefits of having gender-balanced teams span far beyond making a company more competitive, innovative and profitable.”

Which brings us to our other honourable mention: Geodis.

Geodis is not jumping on any bandwagons – it has a proper programme in place, with goals and actions to ensure it meets its commitment to having at least one quarter of its leadership roles filled by women by 2023.

That journey has already begun: 13% of leadership positions were filled by women in 2017; it’s 18% today. And it has launched an employee mentor programme via its Geodis Women’s Network (GWN).

It began the programme as a pilot in the US in 2018, and is now launching it in Latin America.

“Our mentors and mentees wanted more structure and tools to help them. So we partnered with Impacting Leaders, a leadership consulting company, and introduced the Style of Influence (SOI) assessment, which focuses on the natural way people would influence others.”

Geodis also last year signed up to obtain the GEEIS (Gender Equality European & International Standard) designation, which means it must audit its practices over a three-month period across 12 countries. It begins this year.

The schemes are more than marketing tools, explained Mario Ceccon, group HR director, adding: “Gender diversity is not only a social necessity but also a corporate responsibility and a sound business policy.

“Empathetic leadership that balances the sensibilities of all genders brings greater understanding of all human interaction and, hence, value-creation for employees, customers, suppliers and business partners.”

There are small signs of hope – but often they are masked. For every 10 corporate announcements of new leaders, the vast majority still reveal all-male boards or management team.

One noticeable company has been Atlas Air, which has managed to get its boardroom diversity split to 70:30, a feat for which it was honoured. But the fact that its senior management team has just one woman out of six, shows how much work still needs to be done across the industry. (According to The Economist, the US average is 28% women on corporate boards, while 41% of management are women – meaning that logistics is lagging badly.) Tiaca’s board, as just one example among many, is all male.

“There is no excuse for standing by, we can achieve this by working together,” said Ms Murray.

Worth a read: Marie-Christine Lombard, chief executive of Geodis, on hostility, jealousy and risk. “It would have been different if I’d been a man. It’s not a glass ceiling, it’s the energy and effort you need to exert.”

Weakened ATSG an omen for Atlas Air $5.2bn deal? Or what?