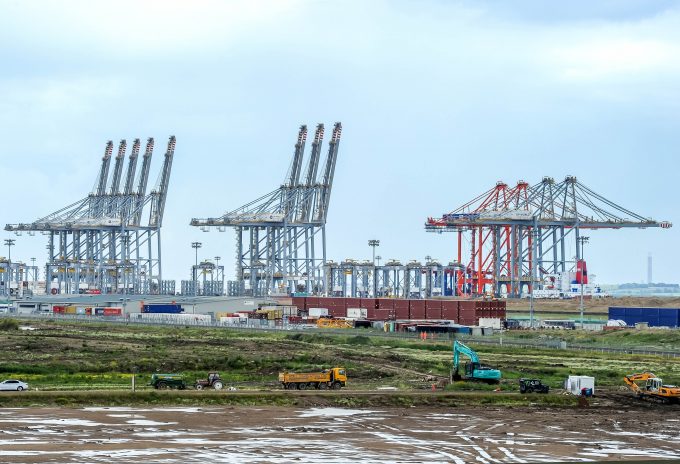 The UK government’s insistence that freeports will be one advantage of Brexit has seen Forth Ports and DP World announce a partnership to bid for one, incorporating the ports of Tilbury and London Gateway.

There has been speculation that Tilbury and London Gateway, both on the River Thames, could cooperate; the two operations “have the scale, global connectivity and the ability to expand and develop land at scale as the market demands”, said the companies, which have appointed Vivid Economics to provide analysis..

The plan is to digitally connect the two, creating additional employment, with a bid expected to be submitted at the end of this year or early next.

Freeports have been much discussed since the UK left the EU, with the government claiming that Brexit allows for “things that we’ve been precluded from doing for decades, including freeports”.

However, the EU does allow freeports, and until the UK changed its own legislation in 2012, there were freeports in the UK – including at Tilbury. DP World set up the Jebel Ali free zone in Dubai.

The government said it wanted to create 10 freeports in the UK, but trade experts claim they will create little, if any, economic advantage because tariffs are already low.

“Our analysis of freeports has shown that their impact on the UK economy will be negligible at best,” Dr Peter Holmes, reader at the University of Sussex and UK Trade Policy Observatory fellow told media.

“Their significance is largely symbolic for the UK Government and no more than a gesture at levelling-up. In reality, any jobs or increased economic activity within free ports is likely to come at the expense of other regions in the UK.”

They could also “be liable to retaliation under the WTO subsidies code”, he added.

Tilbury has invested £1bn ($1.31bn) in the port since 2012 and has doubled the size of its cargo business in the past decade, while London Gateway is the UK’s most recently built UK deepsea facility, aimed at rivalling Felixstowe’s dominance.

The ports claim they would develop “a secure and safe set of customs and operating processes to ensure port users can take advantage of the full range of customs and financial incentives to offer in order to attract new investment to the UK”.

Ernst Schulze, DP World UK chief executive, said: “We believe a freeport on the Thames will ensure that the UK continues to be an attractive destination for inward investment, and that bringing London Gateway within a freeport will help lower the total cost of trade to the benefit of UK industry and retailers and ensure resilience in the overall supply chain.”

Charles Hammond, chief executive of Forth Ports said: “This joint bid brings together our complementary strengths which will create a strong, export-focused case for a freeport designation. Like London Gateway, at Tilbury we have a robust network of international connections, streamlined customs systems and developable land close to key markets.”