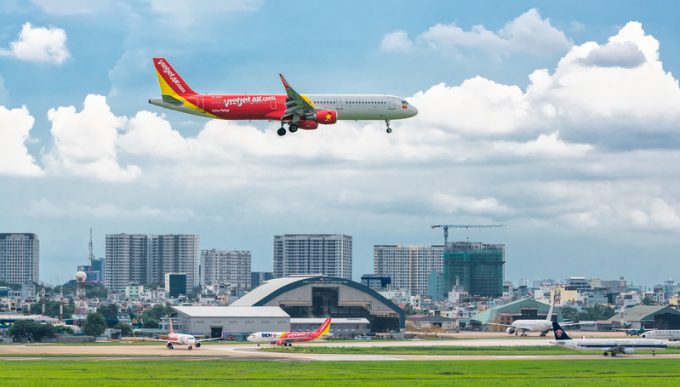 VietJet Air Cargo could “soon” start operating wet lease freighter flights to the US, according to the carrier’s executive vice president, Do Xuan Quang.

On the sidelines of the Air Freight Logistics Vietnam conference in Ho Chi Minh City last week, Mr Do said now was the perfect time for a Vietnamese airline to start operating freighter aircraft.

“Our government sees the importance,” he told The Loadstar.

“Foreign airlines completely dominate cargo exports, with about 90% market share. This is not good for Vietnam’s economy, when we have nearly 100m population and trade worth nearly $450bn.

“So we need to have a freighter and this is the time to do it, when the trade war between the US and China is still happening. There’s many opportunities for us now, especially with e-commerce.”

However, this is not the first time the carrier has claimed to be on the verge of operating freighters. Mr Do explained some of the challenges VietJet had faced over the past two years in its so-far-elusive ambition to launch all-cargo flights.

“We were planning to operate narrowbody Boeing 737-400 freighters, but we couldn’t get them,” he revealed.

“Some of the leasing companies offered 737-200s and 737-300s aircraft to us, but we couldn’t use them because of Vietnamese regulations that the aircraft should be less than 25 years old.”

Furthermore, Mr Do said, the carrier was still grappling with the economics of operating freighters, perhaps also wary of the difficulties Indian airlines experienced when launching all-cargo operations.

“We have to prove the freighter fleet business model can be successful under the low-cost carrier concept – for example, if we do palletised cargo,” he said. “So we’re still looking for the suitable business model.

“But I have talked to the board members and soon we will have a decision about this. Because now the situation is very good for long-haul freighter routes, so we can fly direct to the US. That is an opportunity for us. And the trade volumes between Vietnam and the US are increasing every year by about 20%.”

Mr Do said VietJet was in discussions with aircraft leasing companies and US partners regarding a wet lease, which he believes is the “better” option.

“We can buy new aircraft but the fleet needs to be the same family. The fleet we have now is Airbus passenger aircraft with belly capacity. From Boeing we ordered the 737 Max, but the order is still frozen.”

He noted there would be other commercial challenges to overcome, too.

“For example, balancing empty returns, and also the costs involved. We worry about the fuel price situation as well, because of the crisis in the Middle East and the Saudi Arabia oil attack. If the fuel price increases more than 30% then it’s not profitable.”

Vietjet will likely be competing with Vietnam Airlines if it does launch direct US flights. In February, the US awarded Vietnam Category 1 status, paving the way for Vietnamese carriers to operate direct flights, and the flag-carrier has since been awarded a foreign air carrier permit from the US Department of Transportation.