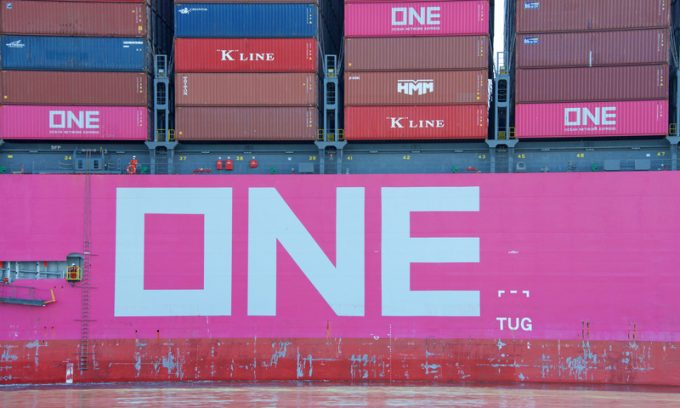 THE Alliance is dropping one of its two pendulum loops and replacing the string with separate Asia to North Europe and Asia to US west coast services.

The severe delays for the vessels on the pendulum loops, waiting for berth and labour for discharge at US west coast ports have impacted THEA’s schedules.

As part of THEA’s annual spring network adjustments, it will replace the FP2 pendulum loop with a new FE5 South-east Asia to North Europe service, with the transpacific offering now served by the dedicated PS7 South-east Asia and China link to the US west coast.

THEA, comprising Yang Ming, Hapag-Lloyd, ONE and HMM, said its main focus was on “increasing frequencies by responding to the independent services more quickly and flexibly”, and that it would also be upgrading some of its tonnage on “the most frequented services”.

The partners added: “The introduction of a modern series of fuel-efficient 11,000 teu vessels will replace older tonnage and reflects THE Alliance’s continued commitment to lower carbon footprints.”

The announcement did not stipulate on which services the new ships, probably supplied by Yang Ming, will be deployed, but it is assumed they will operate on the transpacific.

THEA claimed it improve schedule reliability with the network enhancements and said the members would “continuously put upmost efforts into flexible and robust recovery measures for a quicker turnaround of sailings”.

An analysis of the THEA network adjustments by maritime and supply chain intelligence company eeSea identifies three further minor changes to schedules, in addition to the FP2 pendulum de-linking. And the Copenhagen-headquartered analysts also noted a few temporary port omissions, which could be attributed to congestion-related delays.

Indeed, in the recent publication of ONE’s results for  Q4 21, the Japanese carrier said: “There remains excessive strain on the entire global supply chain,” adding that it was “doing its utmost” to improve the situation for customers.

It said that in the quarter, it had continued to experience space shortages on vessels, but had managed to overcome equipment deficits by deploying sweeper sailings to evacuate empty containers to export locations.

In a recent trade analysis, maritime research company Sea-Intelligence identified a change in the dynamics in the services plying the Asia to US west coast transpacific route. In a rolling average, it identified a significant erosion of the alliance share of the market.

According to the data, from a dominant 80%-85% share between 2012 and 2020, Sea-Intelligence said there had been “a very substantial increase in the share of capacity offered outside the alliances”.

The report added: “We are now at a point where 35% of the capacity offered is on non-alliance services.”