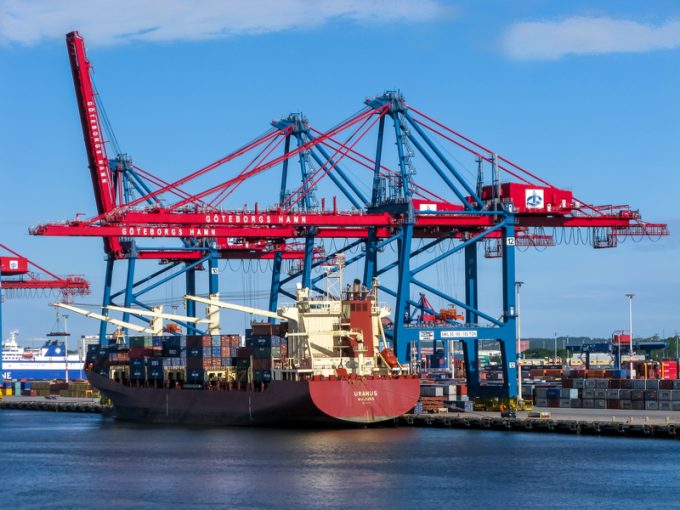 Sweden’s container ports have been crippled by a mass walkout by dockers, following a row over union representation.

A spokesperson for the Swedish Harbour Workers’ Union told The Loadstar around 1,000 dockers were participating in three-hour strikes, but had been locked out for the whole day and evening.

“The employers’ organisation, Ports of Sweden, has escalated the conflict with massive lockouts,” said the spokesperson.

“For example, in Malmö, the strike today was 7am to 10am, and yet the lockout is 7am until 11.59pm, and this is the same pattern all around the country.”

The strikes were set for three-hour slots in various ports across the country for today, tomorrow and either Friday or Sunday.

“The reason for us giving notice about the strikes is that we want to sign a national CBA [collective bargaining agreement] with Ports of Sweden,” explained the spokesperson.

“We organise about half of the dockworkers in Sweden. The Swedish Transport Workers Union (STWU) already has a CBA.”

Reports claim some 30 workers began striking at Malmo this morning. The terminal operator imposed a lockout which prevented some 1,000 employees from working.

Mediators recently secured a compromise deal following more than two years of disputes between the SHWU and the port company. However, the Swedish Transport Workers Union (STWU) opposed it, concerned it would find itself shut out of future local negotiations.

He said: “Their actions affect Sweden’s dockers, Swedish imports and the export industry, and in the long run there is a risk it will also hit the industry if more goods are moved on the road.

“We have worked long and hard to help strengthen Sweden’s ports and create more jobs; this goes in the opposite direction and also risks pushing the employers into the arms of staffing companies.

“Why this is something the dockers want is a complete mystery, it is far from responsible and I would not be truthful if I did not say I have some understanding of how employers now act.”

Workers operating under the STWU’s CBA are not affected by the lockout, but Mr Winsten said previous disputes led terminal operators like APMT to impose layoffs across the board.

“I also have some concerns that it will affect our members when they are going to and from work in the ports in question,” he continued. “We will have a close dialogue with the safety representatives and we also assume that the employers take their responsibility for the safety of our members.”

In 2017, APM Terminals, which runs the port of Gothenburg’s container facility, cut its workforce by more than a third as volumes migrated to neighbouring ports in response to ongoing labour disputes.

That year, the port recorded its lowest ever throughput, with volumes plummeting 19%. Last year, it reported a 17% year-on-year increase, however, this was 2% down on the volumes it handled in 2016.

However, the spokesperson for the Harbour Workers’ Union responded to the STWU comments: “It´s hard for us to understand why they are opposing this and opposing our members’ right to be represented by the trade union they have chosen. Basically, they see us as a ‘competing’ union.”

Yesterday Canadian National (CN) announced it had shut down an entire section of its network, ...

A row over the building of a new oil pipeline in Canada appears to have ...

Haropa, the union of the French ports of Paris, Rouen and Le Havre, has announced ...

Details of Hapag-Lloyd’s slot charter agreement with the 2M partners Maersk and MSC have been ...

Hong Kong-headquartered port operator Hutchison is set to consolidate control of the container facilities on ...